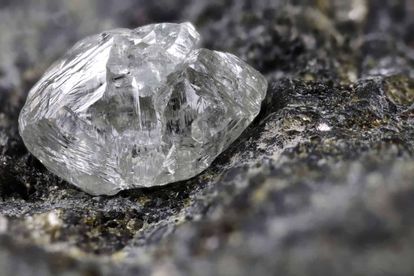 South Africa’s state-owned diamond mining enterprise Alexkor is yet another example of a failed SOE burdening the fiscus with demands for expansion without any prospect of return, the DA said on Sunday 19 January.

The facts underpinning the losses of the joint venture between Alexkor and the Richtersveld community, included:

No money for retrenchment packages

“Alexkor currently does not even have enough money to cover the retrenchment packages of the 150 people who were let go at the diamond mine,” Cachalia said.

During the tenure of former public enterprises minister Alec Erwin in 2006, Alexkor reported an operating loss of R38.2 million. During the same period, it produced 43 000 carats, the lowest production in its (then) recent history.

Approval to file for business rescue

They had also noted that Alexkor sought approval from Public Enterprises Minister Pravin Gordhan to file for business rescue and that there were instances of the company trading recklessly.

“As it stands, the company’s head office is in Sandton [Johannesburg]. Its business is in the Richtersveld on the West Coast. Why it requires an office, costing some R3 million a year, located 1 388km from the mine is mind-boggling – it’s internal and external auditors are also located in Sandton. And, as stated above R9.5 million goes to directors annually in fees and emoluments.

“Undeterred, the company is now looking for ‘new business ventures’, and will approach the department of public enterprises and National Treasury to reclassify Alexkor ‘from a PFMA [Public Finance Management Act] perspective’ to permit borrowing,” Cachalia said.

The minister of public enterprises, to his credit, had placed a moratorium on all acquisitions and disposals, declined the request for authorisation to establish “Alexcoal” in Mpumalanga, and placed on hold the feasibility study on diamond beneficiation.

“Is this part of the suite of reasons why he [Gordhan] is being targeted by some in his own party? This is yet another example of a failed state-owned enterprise burdening the fiscus with demands for expansion without any prospect of return,” he said.

The 2019 annual report was still not available on the Alexkor website and the independent auditor was unable to obtain sufficient appropriate audit evidence regarding the going concern status.

The DA demanded full disclosure of all relevant information and a halt to this profligacy. If ever there was a reason that mines should never be nationalised, Alexkor is it, Cachalia said.