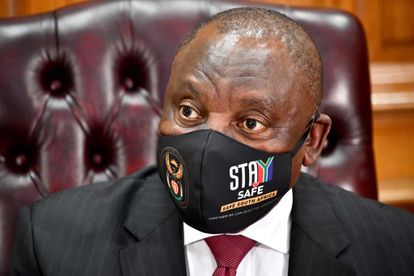 Cyril Ramaphosa says he will ‘make no apologies’ for upsetting people, as South Africa confronts its historical injustices. The head of state, while delivering his Heritage Day message, said that ‘renaming cities’ would be a big part of helping to build a united Mzansi. And, what is more, the president has one eye on our more problematic monuments.

On Thursday, Ramaphosa explained that ‘divisive statues and symbols‘ should be repositioned or relocated. He scoffed at those who feel such actions are tantamount to ‘erasing history’, saying that people must be allowed to reclaim their dignity.

“The naming and renaming of towns and cities form part of building a united nation, as well as the erection of new statues and monuments. Monuments glorifying our divisive past should be repositioned and relocated. This has generated controversy, with some saying we are trying to erase our history. But we make no apologies for this…”

“Any symbol, monument or activity that glorifies racism, that represents our ‘ugly’, has no place in democratic South Africa. The struggle against apartheid was first and foremost aimed at ensuring that all our people should reclaim their dignity, black and white. Restoring dignity is the preoccupation of this administration.”

Building a truly non-racial society means being sensitive to the lived experiences of all this country’s people. We make no apologies for this because our objective is to build a united nation.

Which towns, cities or locations could be renamed?

As it stands, three towns and four airports are under review for a name change, with a majority of those locations residing in the Eastern Cape. Look out for King Phalo Airport in the next few months, everybody:

Ramaphosa continued to rally for social causes, making reference to the Clicks advertising nightmare earlier this month. The retailer ran an ad that branded natural hair as ‘dry and dull’, enraging the black community. As far as Cyril is concerned, no-one can make South Africans feel ashamed of their heritage.

“An offensive hair advertisement that was recently published shows that we still have a long way to go. The apartheid government denigrated our cultures and tried to make us ashamed of our cultures, our traditions, our languages and our very appearances.”

“We must stand firm against attempts to disrespect our country’s women through crude forms of representation in the media, in advertising and in popular culture. It is disheartening to see that in democratic South Africa, there are still crude stereotypes of black women being put on public display.”