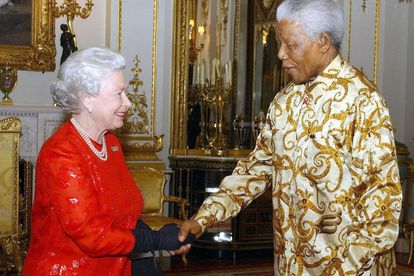 South Africa’s President Cyril Ramaphosa on Thursday expressed his “profound and sincere condolences” over the death of Queen Elizabeth II, in a statement addressed to the new king, Charles III.

“Her Majesty was an extraordinary and world-renowned public figure who lived a remarkable life. Her life and legacy will be fondly remembered by many around the world,”

“The Queen’s commitment and dedication during her 70 years on the throne remains a noble and virtuous example”.

ALSO READ: She was queen of the WORLD: Queen Elizabeth beloved by all

The president said he met the queen at the last Commonwealth meeting in London in 2018, adding that they had looked at letters she was sent by former South African president Nelson Mandela, “reminiscing about the great stateman” whom she “respected enormously”.

Yet, not everyone in South Africa — a member of the Commonwealth, a group of countries largely made up of former British colonies — expressed their sympathies to the late monarch’s family.

“We do not mourn the death of Elizabeth, because to us her death is a reminder of a very tragic period in this country and Africa’s history,” wrote the leftist Economic Freedom Fighters party led by firebrand politician Julius Malema.

The party described the late Queen as the head of an institution “built up, sustained and living off a brutal legacy of dehumanisation of millions of people across the world.”