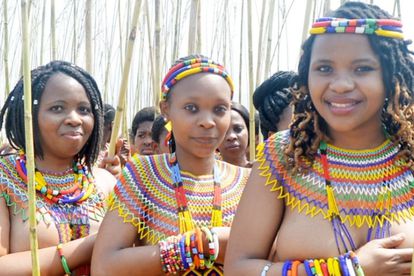 While South Africa has its heels dug deep regarding which side of the fence it should jump to next week there are many reasons why this democracy is iconic.

Everyone has a favourite parent to lead them and for many citizens Cyril Ramaphosa is first-choice. Mzansi’s “Father” is so popular that even the people with money across-the-pond prefer him.

So let’s just say this before any big union bullies him into stepping down, or motivates him.

Freedom to choose your appearance

According to Time magazine this year’s Heroes of the Year 2022 are the women of Iran. They have been fighting for the right to dress as they please and want to ignore the country’s strict Islamic dress-code. Many of them have died for this reason to choose their way of life and daily outfits-of-the-day which has led to global media attention. The piece of clothing in question is the donning of hijab or a head-scarf. Hijab in its broader context means “barrier” and is related to both Muslim men and women.

Many people are under the impression that hijab = head scarf. Many others, however, understand “hijab” as a reminder to be modest. In many countries the hijab is as a symbol of defiance worldwide. During many of the revolutionary public protests Iranian women risk their lives by waving white head scarfs to show solidarity to the women who have died either in detention or publicly for the cause.

As much as citizens fight publicly about which colour is better now that we are a democracy one thing is clear: The Bill of Rights is so well-written that even a tiny mouse has a right to shine in Mzansi. However, our people prefer to keep up in their own way!

There is no need to dictate our rights because citizens memorised them at school but who likes rules when they can be broken. Citizens have it better than most people across-the-world because you can be anybody you choose, even be a boy if you are born a girl. You may practise Wicca or be a Satanist if you want to. Mzansi is just not grateful enough.

Instead of choosing to be powerful many choose to feel entitled. That is not why Nelson Mandela sat in prison. And as much as Madiba could have come guns blazing when he was released from Robben Island he chose: Love. Love over Hatred. Why can’t we do the same?

Mzansi can wear any OOTD

Let’s remember we can dress for success when we want to!

Muslim women have the choice of hijab or no.

Boys can be girls according to our government.

We can even wear African traditional attire for interviews because we have the Zulu Kingdom on our doorstep.

Imagine if our gorgeous reed dancers were forced to wear hoodies during the Umkhosi woMhlanga ceremony?

The beauty of Mzansi is in the Constitution we were blessed with.

Remember one thing: Cyril had his hand in writing the Constitution because he knows the law.