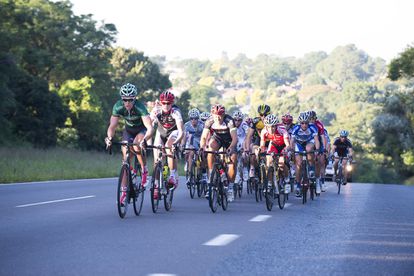 The tough fourteen kilometre climb up the M7 to Pinetown is a challenge that lures many serious road cyclists to the aQuellé Tour Durban.
Photo: Anthony Grote/
Gameplan Media

The tough fourteen kilometre climb up the M7 to Pinetown is a challenge that lures many serious road cyclists to the aQuellé Tour Durban.
Photo: Anthony Grote/
Gameplan Media

Zeerust Police are looking for the family of an unknown cyclist male who was hit by a truck on the R49 road at the T-junction of Mahikeng-Lehurutshe in North West on Friday, 12 August 2022 at about 20:00.

The deceased was reportedly wearing a black shirt, red trouser and riding a white Raleigh bicycle. The police have searched around nearby farms and the deceased has not yet been identified.

Police have urged anyone with information that might assist in identifying the unknown deceased can contact Sergeant Opelo Rantao on 079 686 4795.

Meanwhile, on Thursday 18 August, a motorcyclist was left with critical injuries following a collision involving a light motor vehicle and a motorcycle on Boeing Street in the Elardus Park area in Pretoria East.

According to emergency service, Emer-G-Med, reports from the scene were that a male motorcyclist was found to have sustained critical injuries and was treated and stabilised on scene before being taken to a nearby hospital for further care.

In another incident, a 16-year-old boy, driving alone, crashed into a cyclist before smashing through a garden wall and overturning the vehicle he was in.

The incident occurred in the garden of a house in Birchleigh North, Kempton Park. Gau-Med Emergency Services said they responded to the scene of the motor vehicle accident together with Alpha Security & Alarms – Pty Ltd.

According to Gau-Med Emergency Services, the cyclist sustained serious injuries which required advanced life support intervention. The individual was stabilised at the scene before being transported to a nearby hospital for further care.

“It’s alleged that a 16-year-old boy was driving the vehicle alone when he lost control and hit a cyclist, the vehicle ended up in a residential house.  Local authorities were on scene to investigate the cause of the accident,” said Gau-Med.