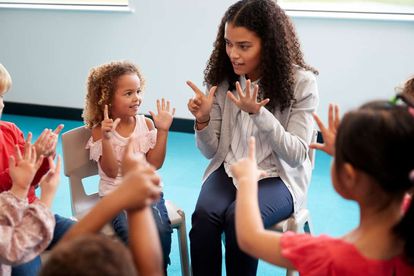 A crowd-funded film aims to raise awareness about autism. The project first received funding from the National Film and Video Foundation grant and was nominated for a WGSA Muse Award in 2016.

Also, the producer and co-director of the film, Michael Clark, said that the film was in the final stages of development.

The film will be made freely available to the public once it is completed.

The film, which will be made freely available, will be an estimated 11 minutes long and will feature 2D hand-drawn characters against hand-crafted sets.

Speaking in an Eyewitness news report, Clark said that the film is meant to shed light on the experience of children with autism and their caregivers.

“They’re different but they have plenty add. We need to change our world and our society to accept them and not try to fix them to fit into our world.”

The film focuses on a character named Sam the Hedgehog. In a world surrounded by sheep, this is where Sam has lived.

In the film, Sam is different from his sheep parents.

The character designer, Johan Scheepers, said that the hedgehog was ideal for Sam because its reserved nature.

“A hedgehog is quiet and reserved. Also, they scrunch up into a little ball when they are afraid and they don’t what to do. Not to mention, they’re prickly on the outside but they’re still soft and sensitive on the inside.”

The writer for Sam the Hedgehog, Julia Smuts Louw, explained that in their research they found that the people with autism or ASD want to be accepted for who they are.

“They wished their parents and caregivers hadn’t tried to make them “normal”.