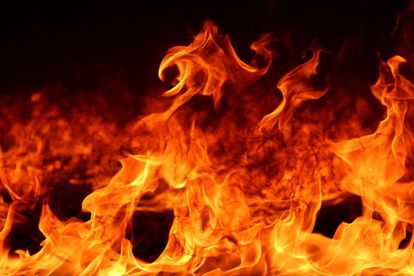 A man was burnt to death in Waterloo, KZN. Photo: Stock Image / Pixabay

A man was burnt to death in Waterloo, KZN. Photo: Stock Image / Pixabay

A Johannesburg man who tried to illegally reconnect electricity faced injuries after he allegedly opened an electricity substation and it blew up in his face.

Crosby resident took the matter into his own hands

The spokesperson for Joburg City Power Isaac Mangena has cautioned residents against opening substations and operating on the network. He stated that these acts are not only illegal but also dangerous.

“A resident from Crosby near Mayfair in Johannesburg is currently in hospital after a mini substation blew up in his face after he illegally opened the mini substation and tried to operate it to restore electricity,”

Reports have revealed that residents in the area have not had power since Wednesday, 20 July. This was after the mini substation tripped allegedly over a suspected overload to the system.

According to Mangena, a call was logged with City Power. However, the City Power team needed to complete their work at a different site before they could tend to the tripped mini substation.

The man was allegedly warned against operating the network

The injured man was allegedly warned by the Councillor in the area as well as other residents against attempting to operate on the network. Mangena said there was a trail of WhatsApp group messages.

“It would seem the victim went ahead and tried to operate when the substation blew up. City Power operates in a highly regulated environment which prohibits unauthorised individuals from working on the electricity network. No resident is allowed to operate on the City Power network as this is not only illegal but dangerous, as is the case with the incident in Crosby,”

The spokesperson revealed that there is a ‘serious problem’ of vandalism of infrastructure in the City. This includes incidents where residents attempt to illegally operate the electricity network – they are often aided by unqualified electricians and try to reconnect or make illegal connections.

Speaking about the mini substation that blew up, Mangena said it is brand new and was installed a few weeks ago. City Power has reported a case of malicious damage to property and vandalism against the victim.

Mangena apologised for the inconvenience caused and wished the victim a speedy recovery. He further stated that the electricity in the affected community would be switched on by this afternoon, reports IOL.