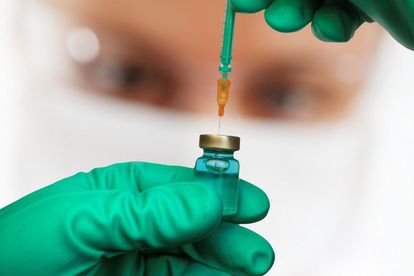 A candidate attorney who claimed to have been unfairly dismissed by his law firm is making headlines. Dale Dreyden refused to go for his COVID-19 vaccination and took his former employer to the CCMA after he was dismissed.

IOL reports that Dreyden was still not vaccinated during the hearing. Dreyden, in his application, did not give any reasons behind his decision to not get vaccinated. He did, however, tell the commission that he had some beliefs but did not go into detail.

He also did not provide any evidence for the reasoning behind his decision to remain unvaccinated.

Why did Korabie insist on mandatory vaccines?

Dreyden’s ex-employer Korabie stated that he had comorbidities and was therefore medically vulnerable.

Therefore, staff were told that they would need to be vaccinated. Korabie revealed that the office space, which is open-plan, could not accommodate Dreyden. Dreyden’s duties required him to be at the office. The lack of isolation areas in the workspace meant Dreyden would have to be vaccinated.

Korabie further explained to the commissioner that the company had implemented a mandatory vaccination policy. They held meetings with employees since the start of the COVID-19 pandemic.

Korabie also revealed that he attempted to educate employees of the dangers of COVID-19 and ensured he was up to date when vaccines were available. Dreyden refuted these claims and stated that the policy was only put in place after he was dismissed.

Dreyden went on to argue that there were no laws in effect that would make workplace vaccines mandatory. He added that employers were directed by guidelines that were not legally binding.

The CCMA makes its final ruling

The CCMA revealed that although there had not been legislation for mandatory vaccinations, the guidelines in effect allowed for employers to insist on vaccinations. It stated that steps had to be followed before an employee could face dismissal.

The CCMA shared that each case would be judged on its own merits and in this instance, it found that Korabie’s insistence on mandatory vaccinations was sound.

The commissioners found that Dreyden’s dismissal from the company was “substantially fair” but it was “procedurally unfair”. Fair in terms that Korabie suffered from comorbidities but unfair in that the company did not follow proper procedures before Dreyden was dismissed.

ALSO READ: Hlaudi Motsoeneng must pay R2.5m given to musicians – SABC and SIU