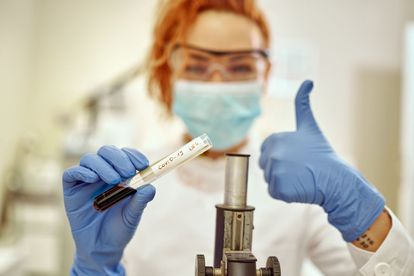 WHAT IS THE TOTAL NUMBER OF CONFIRMED CASES TO DATE?

This brings the total number of laboratory-confirmed cases to 3 472 436.

A further 30 COVID-19 related deaths have been reported, bringing total fatalities to 91 228 to date.

THE TOTAL NUMBER OF RECOVERIES TO DATE?

21 286 849 tests have been conducted in both the public and private sectors.

There has been an increase of 27 hospital admissions in the past 24hours.

Just two months after the Omicron variant of COVID-19 sparked the fourth wave, the government reckons the peak may have finally been surpassed. The National Coronavirus Command Council (NCCC) and the President’s Coordinating Council (PCC), received an update on the country’s response to the fourth wave.

Health experts have consistently said that the fourth wave was not as intense as the previous waves, as cases were lower and hospital admissions were not as severe. Added to that was the fact more people had been vaccinated against COVID-19.

In a statement, Minister in the Presidency Mondli Gungubele says cases declined in all provinces except the Western Cape and Eastern Cape.

Minister in the Presidency Mondli Gungubele

WHAT IS THE OMICRON VARIANT?

By the end of that meeting, the WHO had named the variant the omicron variant. This follows the Delta and Beta variants that were also given Greek names.

The first case of the Omicron variant was from a COVID test that was collected on the 9th of November. South African scientists identified the new variant and first reported the matter to the WHO on the 24th of November.

But what makes Omicron different from other variants? Well, it has a large number of mutations. In fact, a lot more than any of the previous variants seen before.

ALSO READ: Do you qualify for the Covid-19 grant? Here are the eligibility criteria