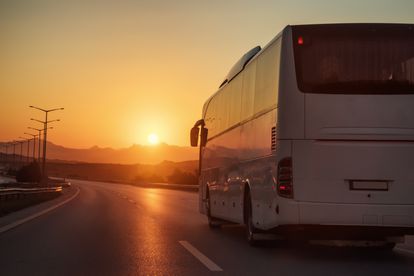 Dr Phophi Ramathuba, MEC of Health in Limpopo, urged citizens to remain in Gauteng and other provinces, to prevent the spread of the coronavirus and COVID-19 to Limpopo’s rural villages.

The call followed after the chairman of the Black Business Executive Circle (BBEC), Hlengani Mathebula, said on Twitter that Gauteng should be placed on lockdown “to avoid an Italy-like spread of the disease”.

“How about a Gauteng lockdown to prevent a rapid spread of the disease these Easter holidays. Limpopo and other rural provinces will receive lots of visitors. Once the virus reach villages it will be a disaster of major proportions”.

“Stay in Gauteng for the sake of our rural communities”

He also added that many Limpopo residents are currently stuck in Gauteng due to work but added that it’s a “good thing with the deadly virus.” Matebhula also called on citizens to “stay in Gauteng for the sake of the health of our rural communities”.

Dr Ramathuba retweeted the message and called on “Limpopo citizens based in Gauteng and other provinces to heed this progressive call”. She added:

“Once the virus reaches our villages, it will be difficult to contain. #OurHealthOurResponsibility #Covid19InSA”.

Her message garnered mixed responses from citizens who were planning to head home for the Easter weekend. One netizen, Hector Kgaugelo, pointed out that there “are tons taxis that travel between Gauteng and Limpopo daily” already.

Not everyone will be heeding the call

While many joked that nothing will prevent them from seeing their families this weekend (which could lead to infecting the elderly and people who are at risk), others users agreed with the call to stay in isolation and away from villages.

“I think ignorance will kill us, we all just have to be responsible seeing that the spread in Gauteng it’s uncontrollable. Let’s keep our families safe and remain at our respective residentials please”.

One user known only as Mzoyi, said it is each and every citizen’s “responsibility not to leave Gauteng until further notice”, but added that government should have “made it official and stop people from coming into Gauteng as well”. Another said:

“Exactly what I was trying to say about the Eastern Cape too. My first instinct was to go home during this time but considering I’m in a province with the highest number of cases, that would be selfish and unfair to those back home. Infected or not, let’s just try stay where we are for now”.

At the time of publishing, South Africa had 240 confirmed cases.