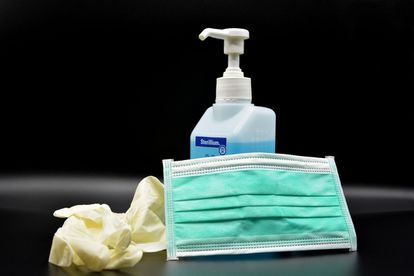 South Africa has surpassed the 100,000 COVID-19 death mark as the fifth wave is expected at the end of May. Photo: KlausHausmann / Flickr

South Africa has surpassed the 100,000 COVID-19 death mark as the fifth wave is expected at the end of May. Photo: KlausHausmann / Flickr

The death toll from COVID-19 related deaths in South Africa has reached 100,020. This comes just a week after the country relaxed most restrictions that were put in place to reduce the number of infections.

44 deaths were reported in the past 24 hours according to the National Institute of Communicable Diseases (NICD). The actual number of COVID-19 related deaths could be triple the aforementioned number.

Studies conducted by the South African Medical Research Council track the number of deaths that are above the historical norm. In late June 2021, the number of fatalities went over the 60,000 mark.

This was as the country battled the third wave of COVID-19 infections that were driven by the Delta variant. President Cyril Ramaphosa once again raised the alert level in South Africa at the time. All gatherings were banned and schools closed for two weeks.

Fears of a new, combined variant are rife as the fifth wave is expected

Omicron, which was identified in South Africa first, displaced the Delta variant. The mortality rate slowed down. This added to evidence that Omicron’s symptoms were milder than other variants. Although it is more transmissible, the restrictions that were in place were relaxed.

Omicron’s sub-variant BA.2 seems to be more transmissible. Health officials are watching it closely. It has reportedly accounted for more than one-fifth of South Africa’s COVID-19 cases that were reported in January 2022.

Scientists have advised Government that the fifth wave of infections is expected to hit South Africa towards the end of May. The resurgence of the Delta variant is also a cause for concern.

BusinessTech reports that the resurgence will increase the risk of a potential, new combined strain.

A fifth wave of COVID-19 is anticipated to hit our shores within the next few weeks – and some reports had previously claimed a resurgence of the troublesome Delta variant could fuel a tidal wave of new cases.

However, some of our top virus experts comprehensively disagree. Last week, the Health Department’s Nicholas Crisp rubbished reports that an uptick in Delta cases had been registered within the past week.

Some figures claimed that genomic sequencing had picked up a disturbing rise in the variant which has caused the most death and destruction since the pandemic started. However, Dr. Crisp disputed the notion that Delta cases had risen to alarming levels in SA, and confirmed there was ‘nothing to worry about’. Read the full story here.