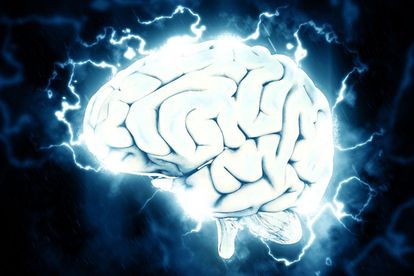 A study on COVID-19 and the brain revealed that loss of grey matter is significant. Photo: Stock Image / Pixabay

A study on COVID-19 and the brain revealed that loss of grey matter is significant. Photo: Stock Image / Pixabay

A peer-reviewed paper on the changes in brain structure associated with SARS-CoV-2 has made some startling discoveries.

Published in the journal Nature, the paper stated that there is strong evidence that points to brain-related abnormalities in COVID-191-13.

People who may have even a mild case of COVID-19 could face accelerated ageing of their brain as well as other changes. The study was published on 7 March 2022 and is believed to be the largest of its kind.

It found that COVID-19 infected persons had a greater loss of grey matter in their brains as well as abnormalities in their brain tissue. This was compared to those who did not have COVID-19.

Changes in the brain were located near the olfactory cortex

Many changes were located in the area of the brain where the sense of smell is situated. Associate professor at the Nuffield Department of Clinical Neurosciences at Oxford Gwenaëlle Douaud and her colleagues conducted the study.

The brain imaging was compared to 384 persons who were not infected by the virus but were of a similar age, socioeconomics and risk factors including obesity and blood pressure.

15 out of the 402 infected persons had faced hospitalisation. The 785 participants in the study were aged between 51 and 81. They were all part of the UK Biobank which is an ongoing government health database that started in 2012.

Losing a certain amount of brain matter is normal

It is normal for people to lose 0.2% to 0.3% of their grey matter yearly in the memory-related brain areas as they age. However, in the study, the people who had been infected with SARS-CoV-2 lost an additional 0.2% to 2% of tissue compared to participants who had not been infected.

Participants were also tested for their executive and cognitive functions. Researchers found that those who had greater brain tissue loss performed badly when tested.

Although the study found an association between infection and brain function, it is still not clear why this is so. Studies conducted before this showed that people with significant and repeated loss of smell also had a higher loss of grey matter.

While the authors shared caution with the findings that they were only of a moment in time, they did state that longer-term consequences of infection could contribute to Alzheimer’s or even dementia in time.

ALSO READ: Under new COVID laws, THESE lockdown rules could still be enforced