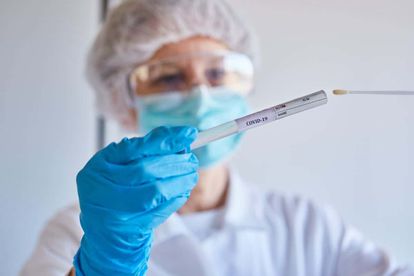 The Democratic Alliance (DA), on Tuesday, released a statement expressing its concern over the fact that the Free State has the second-highest active COVID-19 cases nationally. Given that the province has the second-lowest population in the country, there is now some uneasiness in the air.

Just last week, President Cyril Ramaphosa announced a nationwide move to Level 1 lockdown, citing decreasing COVID-19 infections, deaths and hospital admissions. As the country breathed a sigh of relief, Health Minister Zweli Mkhize issued a sentiment of “not so fast Mzansi”. He said there could be a possibility of a resurgence or a second wave especially now that the economy has opened even further.

DA CONCERNED ABOUT ACTIVE COVID-19 CASES IN THE FREE STATE

Whip of the Official Opposition in the Free State Legislature Mariette Pittaway said that as of 20 September, the Free State had 14 044 active cases, while Gauteng had the highest 20 187 active cases and Limpopo the lowest with 711.

“These districts have high incidences of COVID-19, and these underutilised quarantine facilities obviously contribute to the low recovery rate in the Free State,” said Pittaway.

The DA submitted questions to the MEC of Health Montseng Tsiu, on 9 September 2020, regarding the worrying statistics and underutilisation of quarantine sites in the Free State, without any response.

Pittaway added that, in stark contrast, the DA-run Western Cape under the stewardship of Premier Alan Winde and his team of experts has recently been lauded by Professor Salim Abdool Karim where he cited the Western Cape’s decisive leadership as having “played a major role in keeping COVID-19 infections low”.

“The current low number of 3 494 active cases in the Western Cape is proof of this. The DA will continue to put pressure on the MEC of Health to ensure that the people of the Free State receive the health care service they deserve,” said Pittaway.

“While life in the rest of the country is adapting to the ‘new normal’, the people of the Free State remain caught up in a web of failing health and other basic services which is costing those dependent on government health services their lives,” she added.

The latest COVID-19 report can be found here.