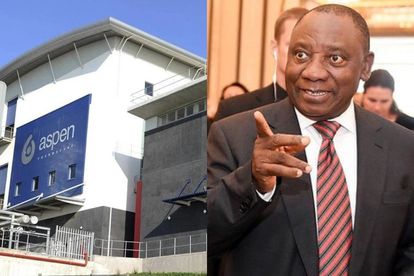 The future of Africa’s Covid-19 vaccine capability is at stake after South African drugmaker Aspen Pharmacare has warned that it could be forced to shut down its plant after receiving zero orders. The threat comes at a point where the country could soon be hit by the fifth wave.

Aspen signed an agreement with Johnson & Johnson to produce and sell the Covid-19 vaccine, Aspenovax.

The facility is based in Gqeberha, Eastern Cape, and was announced as Africa’s first Covid-19 vaccine plant aimed at supplying vaccines to the continent

At the time, the World Health Organisation dubbed the deal a transformative moment in the efforts toward equalising vaccine accessibility.

Aspen Pharmacare’s senior executive for strategic trade Stavros Nicolaou says there have been no orders from African agencies for Aspenovax, in spite of the continent’s waning vaccination rate.

“If Aspen can’t pull it off, then I don’t see anyone else being able to pull it off on the continent,”

He says if the no vaccine orders were made soon there would be little to no reason to keep the plant in its current state and it would be repurposed.

According to Nicolaou, the South African Health Products Regulatory Authority was assessing Aspenovax for use in the country.

A TEAM OF PRESIDENTS

President Cyril Ramaphosa told journalists on Wednesday he was engaging with the leaders of  Kenya, Rwanda, Egypt, and Ghana to purchase vaccine supplies from the Aspen plant.

“We are very, very concerned, and it has to do with the global network that buys vaccines. I spoke to Kenyan President Uhuru Kenyatta, Rwandan President Paul Kagame, Egyptian President Abdel Fattah Al-Sisi, and Ghanaian President Nana Akufo-Addo and all of us are now hatching a real alliance and a plan to make sure that vaccines that will be used on our own continent are actually bought from companies that make vaccines here in Africa,”

He hoped the alliance between the other African presidents is going to convince other African countries to make purchases from the Covid-19 plant and then broaden the net to also attract more international buyers.

Ramaphosa says a fear of the Aspen dilemma is that it could dissuade other countries from establishing their own Covid-19 plants.

READ MORE: WHO endorses Covid-19 pill, Paxlovid, against hospitalisation not in SA