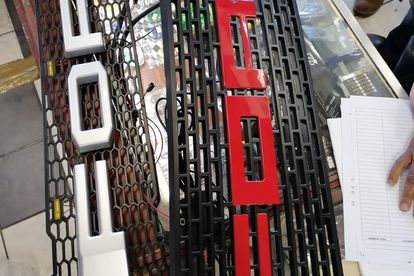 Large quantities of counterfeit vehicle parts and accessories bearing Ford’s brand and logo were found at each of the business premises. PHOTO: SAPS

Large quantities of counterfeit vehicle parts and accessories bearing Ford’s brand and logo were found at each of the business premises. PHOTO: SAPS

The Hawks have pounced on two businesses which sold counterfeit Ford and VW vehicle parts.

The two businesses in Gauteng were targeted after a search warrant of the companies was issued to the Hawks.

Meticulous investigations into the alleged dealing in counterfeit vehicle parts and accessories led to the discovery and seizure.

The Hawks entrapped the businesses in a test purchase of the products to secure a search warrant of the business premises.

With the help of brand-protector experts from Spoor & Fisher Attorneys, the Hawks, the Serious Commercial Crime Investigation Team and the Tactical Operations Management Sections (TOMS) executed a search and seizure operation.

They pounced on the two businesses on Wednesday and Friday. This is in line with the Counterfeit Goods Act, said Hawks spokesperson Lieutenant Colonel Philani Nkwalase.

“The joint team pounced on two businesses, one trading in Tungsten Street in Kempton Park and another in Motor City in Midrand, Gauteng,” said Nkwalase.

CAR PARTS FOUND TO BE COUNTERFEIT

It was found that the businesses dealt with counterfeit vehicle parts and accessories. These were sold under the guise of genuine Ford and VW branded products, said Nkwalase.

“Furthermore, during the search, large quantities of vehicle parts and accessories bearing Ford’s brand and logo were found in each of the business premises.”

The counterfeit car parts totalled R150 000 and were seized. They were transported to the designated counterfeit goods depot, pending the finalisation of the criminal and civil cases against the suspects, said Nkwalase.

“The suspected duo aged 33 and 40 will, at a later stage, be served with J175 summons to appear in court for contravention of the Counterfeit Goods Act.”

Earlier in the week, the Hawks ambushed a business owner and his manager in Gqeberha for dealing in counterfeit VW car parts.

The two, aged 50 and 34 respectively, were caught in yet another test purchase of the goods. With the help of Spoor & Fisher Attorneys in May, it was confirmed the car parts are counterfeit, said Hawks spokesperson Captain Yolisa Mgolodela.

“The matter was reported to the Hawks for in-depth probing. The investigation led to the search of the premises by the Hawks… where 22 alloy wheels and 14 VW insignia valued at R44 250 were confiscated,” said Mgolodela.