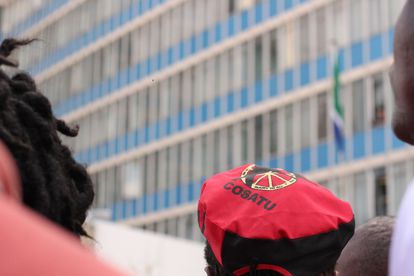 Cosatu will be protesting on Friday, 17 June, from Curries Fountain Stadium in Durban at 10:00. Photo: Andrew Diesel / Flickr

Cosatu will be protesting on Friday, 17 June, from Curries Fountain Stadium in Durban at 10:00. Photo: Andrew Diesel / Flickr

The Congress of South African Trade Unions (Cosatu) will be protesting on Friday,17 June, in KwaZulu-Natal for a number of reasons.

Where and why is Cosatu protesting?

The trade union federation hopes to raise awareness of the fuel hike, high cost of living, poor wages as well as unemployment and poverty. The protest is expected to begin at 10:00 at the Curries Fountain Stadium in Durban.

KZN Cosatu secretary Edwin Mkhize noted that recent research reports show how poverty levels were rising in different communities. He said that wages remained low in SA and this is making life hard for many working citizens.

Mkhize blamed both private sectors and government bosses of being insensitive to the plight of working-class and poor people in KZN and SA.

“We are sending a warning signal that we cannot take this, it is very difficult as some studies have shown that salaries and wages vanish within days after they have been paid,”

Mkhize notes the impact of COVID-19, July riots and floods

Cosatu spoke about the negative impact the COVID-19 pandemic, July riots and floods have had on poor people in the country. Mkhize said that there were many jobs that were lost in 2020.

“There are many jobs that were lost in 2020 and last year, working men and women are battling to feed their families and now we have these fuel hikes that impact directly on food prices. People are drowning in poverty,”

What does Cosatu hope to get out of the protest?

Mkhize said the protest planned for Friday, 17 June, is in line with Cosatu’s principle of defending workers and their salaries against high living prices.

Cosatu hopes that citizens will come out in their numbers to join their protest. This will be an indication that a large number of people have been negatively impacted by the rise in living costs, reports IOL.