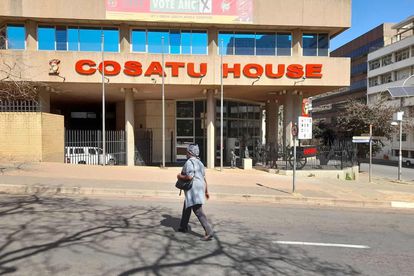 The Congress of South African Trade Unions (Cosatu) will be holding a one-day strike on Thursday 7 October to demand urgent action from policymakers in government and decision-makers in the private sector to reverse budget cuts and retrenchments in state-owned companies.

The National Spokesperson for the union, Sizwe Pamla said both the public and the private sector have been blatantly undermining collective bargaining.

“We will also be calling on the private sector to abandon its investment strike that has seen many companies either hoarding or exporting cash out of the country, despite receiving generous incentives to invest back into the economy. This year billions were given away in tax cuts when that money could have been used to increase government spending,” said Pamla.

He said that the strike on Thursday is legally protected and is focused on pushing both government and the private sector to act to fix the economic mess that the country finds itself in, and take seriously the issues that are affecting workers and South Africans in general.

Pamla also said that the biggest problems that South Africa is facing is the inefficiency of the state and the scourge of corruption in both the public and the private sector.

Pamla said corruption in the private sector has seen price gouging in many sectors of the economy like retail and pharmaceutical sectors, therefore, compounding existing inequality and poverty.

“Since the onset of the current COVID-19 inspired capitalist crisis, the ruling elites have imposed extreme sacrifices upon the workers. Both government and the private sector expect our members to make sacrifices for an economic crisis that has been compounded by corruption and mismanagement. This is totally unacceptable.,” said Pamla.

He said that instead of clearly indicating that the rich must bear the burden of fixing the government’s balance sheet, the government is going back to attacking the public service, at the time when there is a need to build the capacity of the state to accelerate delivery.