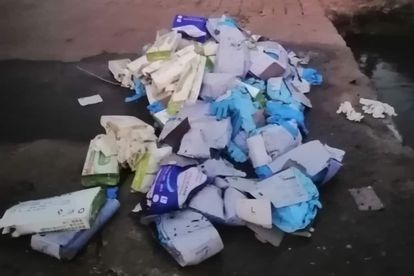 The Democratic Alliance (DA) has called for answers from KZN Arts and Culture MEC, Hlengiwe Mavimbela following a corruption allegation that her department spent R2.2million on Personal Protective Equipment (PPE) for staff at a library which does not yet exist.

The shock corruption allegation was made after the province’s Department of Arts and Culture (DoAC) failed to disclose its financials in their entirety for the 2020/21 4th Quarter during a recent portfolio committee meeting.

DA KZN Spokesperson on Arts and Culture Bradley Singh said that the DA had established that the three-year, multi-million project for the construction of the Dukudu Library in Mtubatuba was set to begin in March 2019 and end in March 2022.

“The project, which has barely begun despite being in its second year time frame, was originally allocated R32.1million. With nine months now left until its projected completion, a total of R6.5 million has been used from this budget. Most shocking though is the procurement of PPE to the value of more than R2million. This for an, as yet, non-existent library and staff,” Singh said.

Singh said that the Department of Arts and Culture had blamed community service delivery protests for bringing the early stages of construction to a halt.

“Despite these alleged setbacks, there has been no attempt by the MEC or her Department to resolve these issues and get the project back on track.  It is incomprehensible that while there are hundreds of artists struggling to survive in the midst of a global health pandemic, it has spent millions on PPE for staff at a facility which does not exist,”Singh said.

Singh called on the department to confirm whether the sum amount had in fact been spent on PPE for the Dukuduku Library. He added that the department must advise whether he and the DoAC had been misled by anyone and whether there were plans to recover the R2.2million from any official/s who may have authorised payments related to the corruption allegation.

He said the party expected answers from Mavimbela regarding the corruption allegation within the next seven days and for any implicated officials to face criminal charges for their alleged actions.

“The DA remains committed to monitoring this issue and will not hesitate to take appropriate action in the event that the MEC does not,” Singh said.