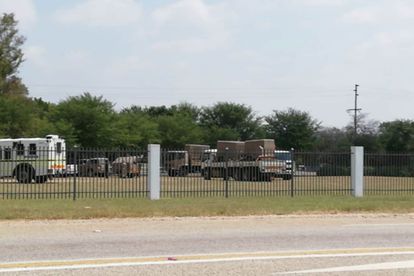 Government has sent a strong message to members of the public, warning them not to try and access the coronavirus quarantine centre at the Ranch Hotel and Resort outside Polokwane in Limpopo.

Police Minister Bheki Cele said the precinct and road leading to the hotel will be a no-go area.

A total of 122 South Africans from Wuhan are due to land on home soil on Friday 13 March. After landing, they will be screened for coronavirus before disembarking as an extra precaution. Thereafter, they will be transferred to the quarantine site in Limpopo.

Health Minister Zweli Mkhize also told the media on Thursday 12 March that the area will be under military guard with police assistance for the duration of the quarantine period.

“A decision has now been made that this site is the one that is being used, there is an agreement signed with the owners of this particular place. There is also work that has been done with the staff, and all that has been properly done, negotiated and put behind us,” said Mkhize.

Mkhize says the aircraft will land at the Ranch from China as there is an airstrip that is big enough to accommodate the military plane.

It was also explained that there would be two perimeter sites around the quarantine for extra security.

Workers at the ranch

It is believed that workers at the ranch will be getting a risk allowance. That is according to a member of the inter-ministerial task team Nkosazana Dlamini-Zuma. She has assured the public that the workers will also be provided with the necessary protective wear during the three-week quarantine.

“But generally it wasn’t like they were unhappy, they just wanted clarification on a few issues. They were promised that they would be examined by a doctor to make sure that they are well. But yes tomorrow (Friday) that will be done. Of course, they were also happy that there was some extra money they were going to get over and above their salary for this month.”