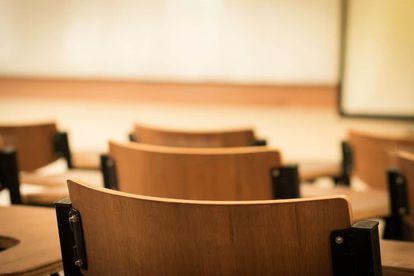 The Grayston Preparatory School in Gauteng has shut its doors on Monday 9 March after one of its staff members allegedly came into direct contact with a person who tested positive for the coronavirus.

According to EWN, the staff member is currently not displaying any symptoms of the virus, but was called on by the National Institute for Communicable Diseases (NICD) to take a coronavirus test.

It is believed that the staff member came into direct contact with one or more of the 10 people from South Africa that travelled to Italy. As it stands, three of the 10 people have tested positive for the coronavirus.

The Gauteng Department of Education confirmed the incident and said that the Department of Health would provide more information on the closure.

Gauteng Education Department spokesperson Steve Mabona said officials would be deployed to the school on Monday.

On Saturday 7 March, the second case of coronavirus was confirmed in South Africa.

Minister of Health Zweli Mkhize announced and confirmed on Twitter that the 39-year-old patient from Gauteng “is a direct contact to the first case from KwaZulu-Natal”.

The minister added that all members had been tested and the response team is currently waiting for the test results to be released. All members of the travel group remain in isolation to avoid the spread of the coronavirus.

Reports of a third coronavirus patient, the wife of the 38-year-old man in KwaZulu-Natal, was announced on Sunday 8 March.

Mkhize confirmed that that second case was related to the first case. The 39-year-old woman was part of the group who travelled to Italy with the first coronavirus patient, a 38-year-old man from KwaZulu-Natal.

After arriving back in South Africa on 1 March, the man was placed in isolation just two days later on 3 March. The patient, on his arrival home, visited his GP for a check-up as he had a fever, prolonged headaches and issues with his throat.

A DNA sample was immediately sent to the National Institute of Communicable Diseases (NICD) and came back positive.

The Gauteng woman, and a staff member at the Grayston Preparatory School are both believed to have been in direct contact with the group of 10 people who travelled to Italy.