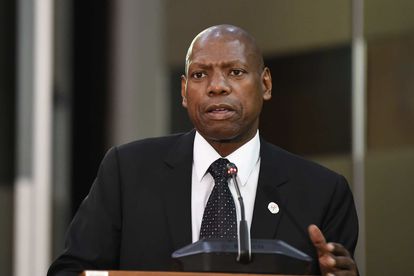 Health Minister Zweli Mkhize has warned that the spread of COVID-19 was only just beginning in South Africa and that about two-thirds of all citizens were likely to contract the coronavirus at some point.

While addressing the South African Medical Association (Sama) on Thursday evening, Mkhize echoed estimations delivered by the World Health Organisation (WHO) and other heads of state, noting that the pandemic had the propensity to infect between “60% and 70%” of South Africans.

The health minister did, however, note that collaborative efforts between government and the private sector would aim to drastically reduce the spread of COVID-19 and minimise its impact on the South African population.

Mkhize: ‘Most of us will have this virus’

On Friday morning, the global COVID-19 death toll exceeded 10 000, with an estimate 245 000 infections. While cases have drastically decreased in China — the coronavirus’ country of origin, a rapid spike in infections and fatalities in Europe, particularly in Italy, and the United States (US), has led to stringent quarantine measures and regional lockdowns.

In South Africa, the first infection was reported in early March, with Mkhize saying that the virus is expected to have infected more than 200 people by Friday.

Mkhize elaborated on the statistics presented to the SA Medical Association, noting that while the infection was indeed cause for grave concern, only 20% of those infected would likely suffer severe, life-threatening symptoms. The health minister said:

“In any community, 60% to 70% of the community will be affected by the virus. We can’t hide that.

“In South Africa, most of us will have this virus. It doesn’t mean that then it’s going to be a severe disease to all of us. It will be severe to the 20%.”

South Africa in a ‘state of disaster’

Mkhize’s address follows in the wake of President Cyril Ramaphosa’s “state of disaster” declaration, which enforced protocol in accordance with the Disaster Management Act. Cooperative Governance and Traditional Affairs (Cogta) Minister Nkosazana Dlamini-Zuma, who has been tasked with overseeing the National Command Council’s response to the outbreak, recently announced strict measures relating to public gatherings and operating hours of establishments which serve alcohol.

Mkhize is expected to deliver an update on the spread of COVID-19 on Friday.

Ramaphosa has vowed to announce an economic stimulus package intended to ease the financial strain on businesses and citizens. While no date for this announcement has been set, pressure from the public and political parties continues to mount as other nations implement financial aid measures.