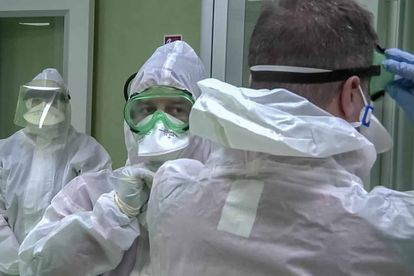 In China, at least 80 people have died from the coronavirus with almost 3 000 more confirmed ill. As the virus continues to spread, many countries have implemented travel bans and quarantines.

No travel ban yet

South Africa hasn’t yet set a travel ban, but authorities said it will do so if necessary.

“We have the equipment to check a person’s temperature at the airport, as we know the temperature is affected when someone has an infection.”

As diagnoses of the disease increase around the world, South Africa will feel the impact. In an article on IOL, Efficient Group chief economist Dawie Roodt explained that the country will be affected in three ways:

“The first is through the real economy if other countries start closing borders, affecting trade and tourism. The second is through the financial markets and its impact on commodity prices and exchange rates. The third is if the virus also arrives in South Africa,” he said.

Professor Jannie Rossouw of the University of Witwatersrand’s department of economics agrees that while there is no reason to panic right now, the country can’t expect to be immune for the effects of such a global health issue.

“At the moment, the virus infection is limited to the northern hemisphere and will probably only reach us through international travel in a few days’ time. This gives us time to prepare, for instance, at ports of entry, to limit the spread. The impact in South Africa can be at two levels: first, less international travel, with fewer businesspeople and tourists arriving in South Africa, and second, widespread illness disrupting the economy, owing to ill staff members.”

South Africans outside of the country have shared their first-hand experience of dealing with the coronavirus.

Speaking to Weekend Argus from her flat in Wuhan, China, Savannah de Lange revealed that she and her fiancé were unable to leave on 24 January as planned.

She recalled that they received SMS notification that not even their taxi could reach them to take them to the airport on that day as the roads were closed, effectively leaving them stranded.

“The government sends us updates to tell us not to go outside, keep wearing our masks and maintain hygienic practices. We don’t know when the roads will be open again. I’ve seen people walking outside wearing those hazmat suits; I guess they are authorities checking to see if people are adhering to the rules.”

“With the coronavirus outbreak, and the increasing global worries about the potential spread, one could see a dramatic drop in Chinese visitors to South Africa, as well as a decline in trade between the two countries, which will not bode well for our struggling economy.”