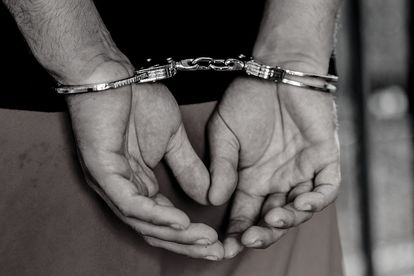 The Itsoseng Regional Court postponed the case against the four accused cop killers in Mareetsane on Friday.

The case has been postponed to 25 July 2022, for a high court appearance.

TRIAL DATE TO BE SET FOR SUSPECTED COP KILLERS

According to National Prosecuting Authority, North West region spokesperson, Henry Mamothame, the suspects’ defence team was provided with an indictment, detailing all charges against the accused.

The group are charged with the murder of Constable Simon Ngakaemang Ntsekeletsa (50) and Sergeant Mojalefa Horatius Molete (42).

“Investigations have been completed and a pre-trial date is expected to be set when the matter appears in court.”

The 16-year-old minor was granted bail of R1000 bail in October 2021 and was left under the care of a guardian.

FOUR WILL REMAIN IN POLICE CUSTODY

Meanwhile, the other four alleged cop killers were denied bail and will remain in police custody until the matter is completed.

“According to a police report, the two deceased officers attended a stock theft incident in Mareestane, however, the pair failed to return to the station and were declared missing,”

He added that a search operation was subsequently conducted and the officers’ remains were later discovered at the back of their burnt state vehicle on 27 July 2021, in Ganyesa.

Police investigations are nearing completion, as the state is only awaiting DNA test results.

Upon the suspects’ arrest, police discovered the deceased’s firearm, two cellphones as well as SIM cards that were destroyed and thrown in a pit toilet at the home of one of the accused.

ALSO READ: ‘Zama-zamas’ set for trial after being denied bail for being illegal immigrants