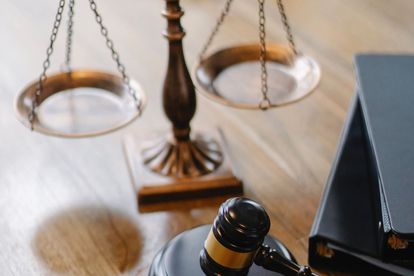 The fifth accused and member of the ‘Crusaders’ right-wing organisation, convicted terrorist Harry Knoesen will be sentenced in the Middelburg Regional Court on Monday.

Knoesen was found guilty of planning attacks on Africans in a bid to overthrow the government.

Knoesen will be sentenced for the case regarding the contravention of Protection of Constitutional Democracy Against Terrorism and Related Matters Act (POCDATARA).

“He and his accomplices prepared and planned to carry out terrorist attacks on government institutions and the African population in South Africa on 28 November 2019,”

She added that Knoesen formed part of the Crusaders organisation that planned and conspired to overthrow the democratically elected Government of South Africa and replace it with a Government led by the organisation.

Moreover, the right-wing organisation’s objective would be achieved by carrying out attacks on military and police installations as well as on informal settlements occupied by African persons.

“Knoesen has appeared several times in court which culminated to his sentencing today.  The other accused are serving time behind bars following their pleading guilty and sentencing previously,”

Meanwhile, Riana Heymans, a former member of the National Christian Resistance Movement (NCRM) also known as the Crusaders, previously took the stand in the Mpumalanga High Court on 12 May 2022

The plan was supposed to be executed at midnight on 28 November 2019, but Knoesen was arrested that day at his home in Middelburg, reported Daily Maverick. Two years later, his trial began in the Mpumalanga High Court.

Riana Heymans was arrested on 29 November 2019 but the charges against her were withdrawn in August 2020. She was an administrator of the Crusaders’ WhatsApp group and had inside information about the plot and where the group held its meetings. She also knew the plan was supposed to be carried out at midnight on 28 November 2019.

Heymans’ 21-page affidavit detailed how she joined extremist groups, the plot and her state of mind when she heard the news that the Knoesen had been arrested and that the Hawks were on her trail.

She recalled there being pipe bombs that were to be used during the insurrection, and outlined the role of the Abrams brothers, Errol and Eric, in the plot.

The brothers were each sentenced to eight years in jail in the Middelburg Regional Court in December 2020 for their part in the plot.