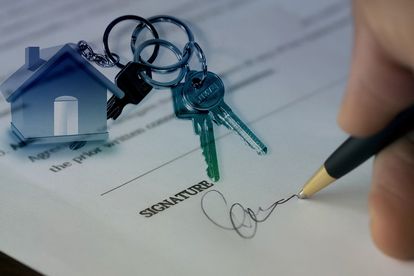 Constitutional law expert Professor Pierre de Vos took to his blog to explain why the discrimination suffered by Cape Town resident Pol Osei was a criminal offence. Osei was interested in renting a property but was told that the property owner is “race specific.”

Osei informed the real estate agent, Gabriella Johnson, that the landlord’s tenant preference was illegal and unconstitutional. As previously reported by The South Africa, Osei posted the screenshots of the conversation that showed how the real estate agent dismissed his concerns with “cool” and “find another lease or apartment” to social media.

De Vos said both the nameless property owner and the estate agent “almost certainly committed a criminal offence by offering to lease an apartment, but only to white tenants.” He added that the pair also almost certainly contravened the Promotion of Equality and Prevention of Unfair Discrimination Act (PEPUDA), which prevents unfair discrimination on any one of 16 grounds, including race, gender, sexual orientation and more.

Landlords may not discriminate against people on the basis of race, gender, sex, pregnancy, marital status, sexual orientation, ethnic or social origin, colour, age, disability, religion, conscience, belief, culture, language and birth, when advertising a dwelling for rent, or in negotiating a lease, or during the term of the lease, according to section 4(1) of the Rental Housing Act of 1999.

De Vos said the property owner is not the only person prohibited from unfair discrimination.

“This is because “landowner” is defined in section 1 of the Act to include the owner’s “duly authorised agent or a person who is in lawful possession of a dwelling and has the right to lease or sub-lease it”.

“This means an estate agent or agency who rents properties on behalf of property owners are also bound by this provision,” said the Constitutional law expert.

When an estate agent agrees to lease the property of a landowner who discriminatory requirements, they contravene section 4(1) of the Rental Housing Act and open themselves to criminal prosecutions.

“This is because section 16 of the Act states that anyone who contravenes section 4 of the Act “will be guilty of an offence and liable on conviction to a fine or imprisonment not exceeding two years or to both such fine and such imprisonment,” said De Vos.

De Vos believes estate agents and property owners that discriminate against tenants should be prosecuted in accordance with the Act and given harsh sentences, including imprisonment.

Osei told The South African that he would approach the Western Cape Housing Tribunal, the Estate Agency Affairs Board (EABB) and the Equality Court.