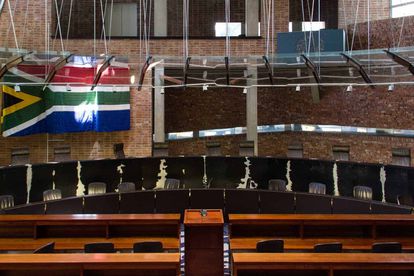 Sumitomo Rubber South Africa, who manufacture Dunlop tyres in South Africa do not own or have any association with the companies listed in this Constitutional Court case.

The nearly six-year-long court battle between the National Union of Metalworkers South Africa (Numsa) and Dunlop may finally have reached its conclusion after the Constitutional Court upheld the union‘s appeal.

The saga began in August 2012 when around 200 workers at Dunlop began a month-long strike that became violent and destructive.

Following the conclusion of the strike, the workers were taken through disciplinary proceedings and fired.

Numsa successfully challenged the dismissals of 65 employees because there was no evidence that they had been part of the violence.

Dunlop took the matter to the Labour Court and argued the workers should still be dismissed because they withheld information that could have helped the company’s investigation into the strike.

“This is defined as a situation where an employee who has knowledge of wrongdoing towards his or her employer subsequently fails to disclose such knowledge to their employer. “It is also known as ‘snitching’,” explained Numsa spokesperson Phakamile Hlubi-Majola.

After Dunlop won in the Labour Court and Numsa’s application to the Labour Appeals Court failed, the union took the matter to the Constitutional Court where they were given leave to appeal and the appeal succeeded.

The Constitutional Court pointed out that even though the case lost in both the Labour Court and on appeal there, the judges were never unanimous on the matter and clarification on the law was required.

The right to strike

They further stated that while the Constitutional Court is not quick to get involved in challenges to rulings in the Labour Appeal Court unless they raise important issues, this was one of those special occasions.

The ruling further stated that forcing employees to disclose information might have a direct impact on their Constitutional right to strike.

“In terms of this judgment, it means that employers can no longer simply dismiss workers for refusing to ‘snitch’ or ‘rat’ on their comrades if violence erupts at a strike,” Hlubi-Majola said.

“This victory which we have secured will mean that they are now eligible to be immediately reinstated, and they can claim seven years back pay after they were unfairly dismissed.”

You can read the full judgment here.