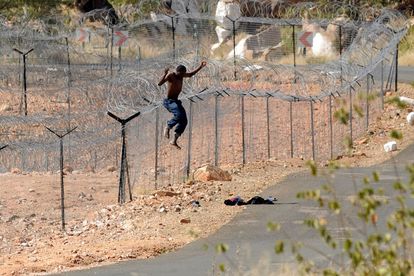 Beitbridge is one of the busiest border points in SA – Photo: Henk Kruger / Flickr

Beitbridge is one of the busiest border points in SA – Photo: Henk Kruger / Flickr

There has been an increase in the smuggling of vehicles and illegal cigarettes either from South Africa or Zimbabwe. Limpopo Police Commissioner General Thembi Hadebe has expressed concern about the smuggling at the Beitbridge border.

A crime prevention operation has been started

Hadebe was part of a crime prevention operation on the N1 road between Musina and the Beitbridge border post. She explained that the operation is aimed at reducing the smuggling of goods.

The police and other law enforcement agencies carried out a crime prevention campaign in Musina and surrounding areas of the Beitbridge border post. The campaign was started due to an increase the increase of the smuggling of goods. The goods include stolen items like vehicles.

Goods are being smuggled FROM South Africa

It’s been reported that the goods are being smuggled from the South African side of the border to the Zimbabwean side. Hadebe also made note of roadblocks at the border post to curb the smuggling.

“These roadblocks are aimed at curbing the illegal crossing that is happening from us to Zim and from Zim to us.  There is an illegal crossing of all stolen vehicles that cross the river, and there is a lot of illegal cigarette traffic on this particular road.  There was a 3-million Mercedes Benz that was impounded trying to cross the border,”

Taxi drivers are unhappy with the operation at the Beitbridge border

According to SABC News, taxi drivers have expressed concerns over the stop and search operations. They believe that this project is negatively impacting their businesses. Eric Ndadza says that crime prevention operations such as this cause a drop in commuters.

“This operation is affecting us a lot because we are unable to travel to Joburg when police arrived at the taxi rank our customers are running away to go to locations and hiding in the bush,”

Over 100 people have been arrested through the stop and search operations for numerous reasons.

The Special Investigating Unit (SIU) has weighed in on the probe into controversial Department of Public Works projects at the Beitbridge Border. In a statement released on Tuesday, the unit confirmed that two companies had been stripped of profits earned from the contracts which had been valued at over R40 million.

The contracts had been awarded as part of the national government’s response to the COVID-19 pandemic. However, the tenders quickly gained notoriety when it emerged how poorly constructed the fences were.

Furthermore, the SIU revealed that the contractors had been paid over half of the contract amount in advance to construct the fence at the Beitbridge Border. Read the full story here.