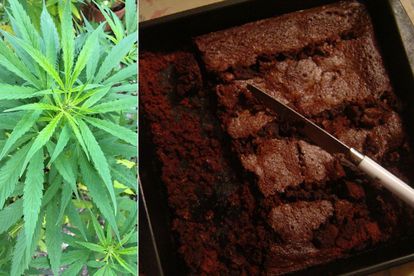 A number of learners were hospitalised recently after falling ill from consuming edibles. Concerns over the trend of learners using drugs and eating space cakes are growing. Space cakes are cookies or brownies laced with cannabis.

The Gauteng Education Department has voiced its concerns over the growing trend of learners consuming these edible items. At the beginning of April, 11 Grade 12 learners from Randfontein High School were rushed to hospital.

The teenagers from the west of Johannesburg school reportedly consumed space cakes that were sold to them by another Grade 12 student. Said student was subsequently suspended by the school.

The Education Department’s Steve Mabona said that the MEC is both dissatisfied and concerned about the students’ consumption of space cakes.

“The MEC is quite concerned and dissatisfied with the ongoing consumption of these space cakes, which often makes learners sick. And has urged learners to refrain from purchasing and consuming any of those substances which put their lives and health at risk,”

SANC Horizon Centre’s Director Sandra Pretorius stated that the quantity of cannabis added to space cakes is generally unknown to those consuming it. SANC Horizon Centre is a drug and rehabilitation centre in Boksburg.

Pretorius explained that consuming space cakes and smoking marijuana are equally dangerous. She stated that not knowing the amount of dagga added to the space cakes poses a real danger to the consumer.

Pretorius said that people often think it is safer to consume space cakes rather than smoke weed, reports SABC News. She slammed these claims by explaining that one has no control over the amount of dagga they consume.

“This overdose from cannabis is really not comfortable. Other than being paranoid, nauseous, drowsy, suffering hallucinations, and even panic attacks. Impaired mobility where they can’t walk properly, and they really feel terrible. You can even pass out,” said Pretorius.