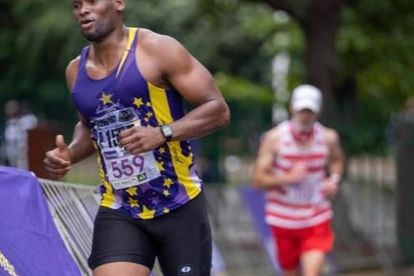 A Comrades Marathon runner collapsed and eventually died during the popular 90km race at the weekend.

“It is with a heavy heart to announce the passing of Hollywoodbets Athletics Club athlete Mzamo Mthembu, from the Toti branch, who was doing Comrades Marathon yesterday.”

Mthembu had complications along the marathon route and collapsed in Pinetown. He was taken to Life Westville Hospital where he died, Hollywoodsbet Athletics Club said.

“Condolences to the entire #Purple family, Mthembu family and friends. May his soul rest in peace.”

The marathon, which finally returned since 2019 following the Covid-19 pandemic, has had eventful moments.

This includes a runner holding up a banner while approaching the finish line at Moses Mabhida Stadium, asking Prudence to marry him.

Joseph Kagiso Ndlovu from the Tuks Athletics Club held up a banner stating: “Prudence, will you marry me? Run 90k for you”.

The proposal had tweeps talking, with some saying running such a distance for a loved-one is insane. Others are hoping Prudence said yes to the public marriage proposal.

The 95th edition of the Comrades Marathon between Pietermaritzburg and Durban was won by Russian Alexandra Morozova for the women’s leg.

She was finally allowed to join the race at the last minute after an urgent application at the Pietermaritzburg High Court ordered her to participate.

The Comrades Marathon Association had opposed her participation but then changed their mind, stating she would need to start at the back of the field.

Following the court ruling, Judge Rob Mossop ordered the Association to pay the costs of the application.

The men’s leg of the race was won by South Africa’s Tete Dijana, who works as a security guard.