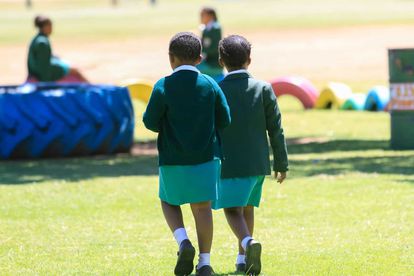 UIF Commissioner Teboho Maruping said he has no doubt that some beneficiaries spend their money on stationery and school uniforms. Image: Adobe Stock

UIF Commissioner Teboho Maruping said he has no doubt that some beneficiaries spend their money on stationery and school uniforms. Image: Adobe Stock

As pupils and parents across South Africa gear up for the new school year, the Competition Commission says it is intensifying its efforts to ensure that school uniforms are reasonably priced and available from multiple suppliers.

It has asked parents to alert the commission’s offices if they believe a particular school is not complying with the guidelines agreed to by leading school representative organisations.

In a statement released on Wednesday 8 January, the commission also urged parents and guardians to insist that school governing bodies implement the guidelines if they have not already done so.

“The success of the initiative to bring reasonable and affordable uniforms depends largely on involved and active parents. If governing bodies manage schools on behalf of the parents, it cannot be that parents must bear the brunt of expensive prices,” spokesperson Sipho Ngwema said.

He added that the commission was engaged in “extensive advocacy” targeted at parents, governing bodies, retailers and schools.

The school uniform affordability guidelines, first issued by the Department of Basic Education in 2015, include the following:

In its statement, the commission said it is “currently interacting with various schools in order to assist them to build capacity, establish and maintain the necessary expertise to monitor and manage anti-competitive conduct. This includes the phasing out of exclusive agreements and evergreen contracts.”

It noted that the process of introducing reasonable and affordable prices would be gradual in some instances.

“The commission is encouraged by the progress made by various schools in making school uniforms more affordable and accessible. In an instance where there is noncompliance with the Competition Act, the commission will take appropriate action particularly as bringing down the cost of school uniform remains the priority,” the statement said.