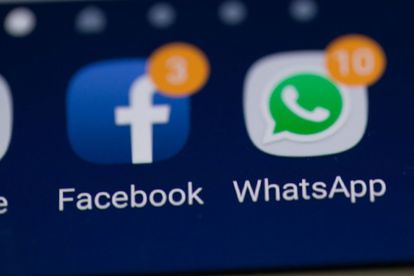 Facebook and WhatsApp’s parent company Meta Platforms Inc is in hot water with the Competition Commission. The company and its subsidiaries have been referred to the Competition Tribunal facing prosecution.

Meta Platforms Inc is accused of abuse of dominance. In a statement, the Commission claimed that Facebook showed an intention of removing GovChat and #LetsTalk in July 2020.

The intention to remove GovChat from WhatsApp was allegedly due to contractual terms of use violation.

The Commission claimed that the intention to remove GovChat was a contravention of the South African Competition Act, reports TimesLIVE.

The Act stops dominant firms from abusing their power. This includes partaking in conduct that focuses on stopping competitors, or potential competitors, from expanding into, participating or entering a market.

The Commission further requested that the tribunal put forward the maximum penalty against Meta Platforms Inc’s Facebook South Africa and WhatsApp. This amounts to 10% of their collective turnover.

WhatsApp Business API allows for large and even medium businesses as well as Government to message at larger scales. GovChat was launched by those in power to allow citizens to communicate with all sectors of Government.

This includes reporting issues such as potholes and other service delivery requests. GovChat further allows for Government to circulate important information to citizens. This could be information regarding the COVID-19 pandemic.

Commission’s request to the tribunal

The Commission believes that GovChat depends on its continuous access to WhatsApp Business API. It went on to explain that the offboarding of GovChat will impact consumer welfare negatively.

It believes that the efficiency of GovChat will be removed, thus preventing public communication with various government sectors.

The Commission further stated that the intention to stop GovChat will affect Government’s current and future services – this includes but is not limited to mobile payment solutions.