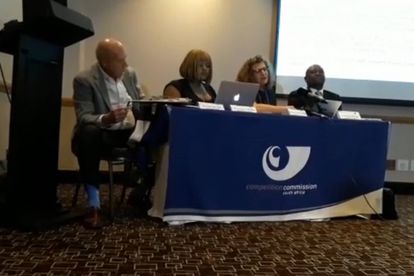 After more than five years, the Competition Commission released the final report on its inquiry into private healthcare. The public is said to be paying more for less.

The Competition Commission released the 256-page document on 30 September 2019 in Sandton, Johannesburg. Their investigation consisted of public hearings, written submissions, and meetings with key players in the private health industry.

The new report stated the same thing that the 2018 inquiry found – that there’s a lack of competition in the private healthcare industry. This is what fuelled the increasingly unaffordable healthcare costs.

The results of the inquiry will assist with the compilation of the National Health Insurance (NHI) bill. Former Health Minister Aaron Motsoaledi pushed for the inquiry ahead of its 2013 launch.

He wanted to understand why private healthcare was so expensive. This was done before the government could start buying services from the sector under the NHI.

The private sector saw double the growth in their hospital beds. Statistics South Africa revealed that fewer than 1 in 5 people were members of medical aids in 2018.

Netcare, LifeHealthcare and Mediclinic are the three groups that account for 90% of the private hospital market. Independently-owned facilities hold the remaining 10%.

The Commission stated that the high concentration of power in this sector made it vulnerable to collusion. They said, in theory, it would be easy for a few people to engage in price fixing in the market.

The lack of competition allowed the three major hospitals to “all but dictate year-on-year price and cost increases” for medical aids and administrators. The hospitals also benefited from over-treatment.

Overtreatment occurs due to two factors:

“It’s also incentivising doctors and private health facilities to overtreat patients, sending them to hospital more frequently and for longer without any real medical benefit. This is particularly true in areas like Gauteng and the Western Cape where there are more hospitals and doctors.”

In the 2018 report, the Commission found that almost a third of claims costs couldn’t be explained by a patient’s age or disease. The charges were carried by consumers by increasing their premiums.

The Commission also found that the pricey hospital care costs were largely passed onto medical aids and consumers. The Competition Commission wrote:

“[Large hospital groups] facilitate and benefit from excessive utilisation of healthcare services, without the need to contain costs, and they continue to invest in new capacity beyond justifiable clinical need without being disciplined by competitive forces.”

The report also discovered that Netcare, LifeHealthcare, and Mediclinic had an unfair advantage which made it hard for new people in the sector. An example of this is how the three used profits from well-performing hospitals to make up for ones that earned poorly.

Plus, they could lure the best doctors to work for them with benefits that smaller hospitals couldn’t afford. Specialists who agreed to admit their patients into certain private health facilities over others were offered preferential financing.

The report recommended that the Health Professions Council of South Africa investigates the matter. Major hospital groups deny having a firm hold on the market.

A standard package for all medical schemes

With the recommendation of the Commission, the Council for Medical Schemes is designing a standard basic package. One day it will be offered by all medical aid schemes.

The offering will say exactly what it does and doesn’t cover with the council reviewing it every two years. The standard package would allow consumers to be able to compare value for money between medical schemes.

Medical schemes will have to work harder to make care better and more affordable to bring in new clients. The detailed report can be found here.