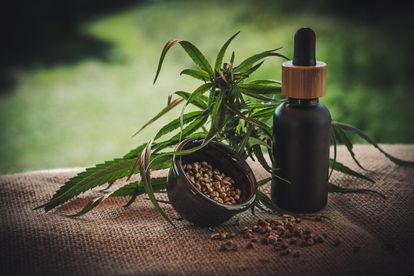 The commercialisation of the cannabis industry in South Africa could create more than 130,000 jobs. Photo: Stock Image / Pixabay

The commercialisation of the cannabis industry in South Africa could create more than 130,000 jobs. Photo: Stock Image / Pixabay

The legalisation of the ‘devil’s lettuce’ is a topic that has been widely debated. While some believe its a gateway drug, others swear by its usage. Experts in the budding sector have now revealed that the development of a commercialised cannabis industry will come with great economic benefits.

Some benefits include jobs that are desperately needed in the country. In 2018, the recreational usage of the plant in private spaces was legalised. The judgement was brought down through the Supreme Court of Appeal.

What does the Bill entail?

Two years ago, a Bill was brought forward in Parliament to legalise ‘the green’ for private purposes. The Bill in question will allow individuals to be able to grow a limited amount of dagga and use it in private homes in South Africa.

If personal gardens were not shared, individuals could grow ganja in these areas. An individual who resides on their own could have 600g of cannabis in their possession. A household with two or more adults could have a maximum of 1.2kgs of Mary Jane.

This Bill would also expunge criminal records for people who were charged with minor cannabis-related offences. The Cannabis for Private Use Bill has had amendments proposed for 2022.

Job creation could be a reality in the weed industry

The Bill will allow for more flexible use of the plant and promote the growth of a commercial cannabis industry. This, according to EWN, could potentially see job creation of more than 130,000 openings in the sector.

The commercialisation of the plant will legitimise the current market. It will also create a new market through medical cannabis and the hemp sector.

Allowing the commercialisation of cannabis could not only legitimise the existing market but also create new market opportunities through medical use and the hemp industry.

There is a possibility that the Bill will be passed by Parliament this month. It will then head over to the National Council of Provinces.