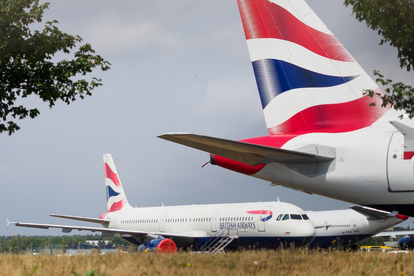 British Airways flights which are controlled by Comair in South Africa. .
Photo: Stock/Canva

British Airways flights which are controlled by Comair in South Africa. .
Photo: Stock/Canva

Airline Comair says its financial situation is dire and is unsure whether employees will be paid their salaries for June.

The National Union of Metalworkers of South Africa (NUMSA) had a meeting with the management team of Comair including the CEO Glenn Orsmond and the company’s Business Rescue Practitioner, Richard Ferguson on Tuesday.

According to NUMSA, which represents around 700 Comair employees BRP, Ferguson confirmed that Comair’s financial situation is dire.

Ferguson reportedly said the airline has only two options: to find an investor in the shortest time possible, or else it will be wound down.

NUMSA says what is even more worrying is that Ferguson was unable to guarantee whether employees will get their salaries for the month of June and this includes the payment of medical aid and other benefits.

NUMSA spokesperson, Phakamile Hlubi-Majola said they are deeply concerned about the state of Comair and in particular for what this means for workers and their families.

“At least 1200 jobs are on the line if this airline collapses. We maintain that this situation is caused by mismanagement at the highest level. Both Glenn Orsmond and Ferguson must take full responsibility for failing to turn the airline around.

“The airline has been under business rescue for possibly the longest time in South African history but Richard Ferguson failed to implement a strategy to keep the business viable.”

Hlubi-Majola said they will be making an application to the Department of Employment and Labour for employees to be placed on the Training Lay-off Scheme.

“That way whilst the airline is not operating, workers can at least earn some kind of salary while training. At the same time, every effort must be made to find an investor for the airline in order to prevent liquidation,” she said.