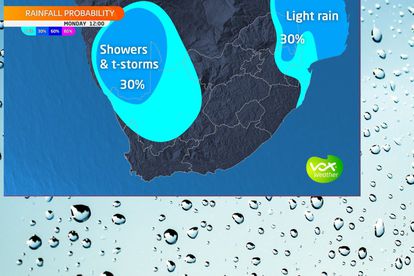 A cold front and light thundershowers are expected for parts of South Africa this week.

A COLD FRONT AND LIGHT THUNDERSHOWERS WILL MAKE LANDFALL

According to the South African Weather Service (SAWS), light thundershowers are expected on Monday for parts of the Northern Cape.

A cold front is expected later this week along the Western Cape that will move into the Eastern Cape and make landfall along the South Coast by Friday.

The SAWS said no snowfall is predicted for the week, but this could change.

This comes after heavy snowfall was reported in several parts of South Africa on Sunday afternoon.