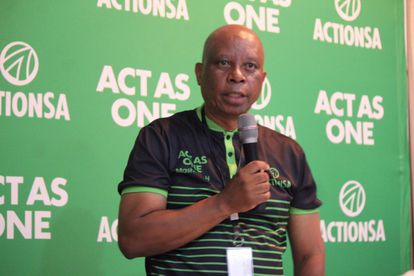 A coalition between ActionSA and the Economic Freedom Fighters (EFF) is now off the table after both political parties failed to reach consensus during recent talks.

It has been nearly two weeks since the municipal elections and parties are still in the midst of coalition talks, after 66 of the 213 municipalities were left hung. ActionSA, the new kid on the block, has exceeded the expectations of political pundits, having bagged 2.8% of all votes in the country. The party did considerably well in Johannesburg, now being the third biggest, behind the African National Congress (ANC) and the Democratic Alliance (DA).

ActionSA says the coalition proposal with the EFF was dependent on ANC support, which the party has been vocal about never going into bed with, under any circumstances.

“While our Senate discussed a range of issues with the proposal, the primary issue related to the proposal being dependent on ANC support. ActionSA committed during the campaign that we would never work with the ANC, and any arrangement that is dependent on ANC support would be a violation of that commitment to the South African people. ActionSA has been unapologetic that you cannot fix the problem in South Africa by partnering with the ANC which is the cause of that problem,” says leader Herman Mashaba in a statement.

Herman Mashaba says he has written a letter to the EFF, indicating their position as ActionSA. Further speaking on their decision, Mashaba says under the said agreement, service delivery would have not been prioritised as the ANC wants certain people appointed to the various departments.

Mashaba says the deal would make it difficult for the party to fulfill its mandate of fighting corruption as it would always be investigating and acting against its coalition partners. He adds that they are still in talks with other parties.

ActionSA is working tirelessly with other political parties to produce a coalition arrangement that puts the residents first. We call upon all like-minded parties, in this respect, to act quickly and decisively and to put in place an arrangement that reflects the will of the South African people to remove the ANC from power and keep them in the opposition benches so that the work to Fix South Africa can begin.