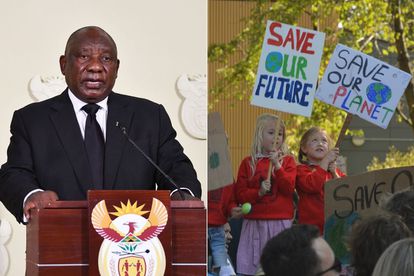 Climate justice activists have opened a case of culpable homicide against President Cyril Ramaphosa. The president’s name is not the only one in black and white as ministers and other government representatives have been named.

This follows the deaths of over 400 people due to the floods in KwaZulu-Natal (KZN). The activists are arguing that the disaster could have been avoided had the government implemented adaption and mitigation strategies.

The Climate Justice Charter Movement opened the charges. The case was opened at the Mayville Police Station on Thursday, 14 April, at 11:00. Other members who are implicated alongside Ramaphosa are:

Janet Solomon of Oceans Not Oil said that there are expectations that the death toll will increase and people have still not been accounted for. She added that the KZN floods are worse than the Life Esidimeni tragedy.

ALSO READ: Sadtu concerned over damages that may impact learning at KZN schools

“This is worse than the Life Esidimeni tragedy in which 144 innocent people lost their lives because of negligent and unlawful government action,” she said.

Activists explain why they opened a case of culpable homicide

She noted that Ramaphosa spoke about climate change causing the disaster in KZN. Solomons said that culpable homicide is the unlawful and negligent killing of another human.

The Oceans Not Oil representative said that government is breaking its own laws. She explained that it was long-overdue that climate should be central to ALL political and socio-economic decisions.

She went on to speak about the Presidential Climate Commission failing to address issues, reports Daily Maverick.

“It is just a smokescreen while the government continues on its destructive and ecocidal path. It is clear that unless we force the government to act, nothing will get done and innocent lives will continue to be lost,”

Janet Solomon of Oceans Not Oil