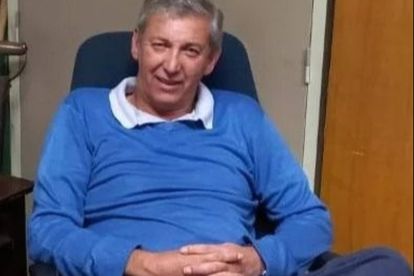 City Power senior operator Kallie van Vuuren was killed by an explosion at a mini substation, while doing his job. PHOTO: Supplied

City Power senior operator Kallie van Vuuren was killed by an explosion at a mini substation, while doing his job. PHOTO: Supplied

A City Power senior technician died when a mini-substation he was working on exploded on Thursday.

Kallie Van Vuuren, who was employed as a senior operator, was working with his colleagues in Wilro Park when the explosion happened.

The deceased City Power technician was at the mini substation after an outage was experienced in the area that morning. Van Vuuren and his colleagues were working to locate the fault along Molopo Street, said spokesperson Isaac Mangena.

That is when the switch from the mini substation blew up, Mangena said.

“The colleague escaped unharmed,” he said.

The technician, who had worked at City Power for over 19 years, suffered bad injuries. Paramedics certified him dead on site, Mangena said.

According to ER24, who attended to the scene just after 09:00, they found the man lying a few metres away from the substation.

He was found to have suffered severe burn wounds to the upper body, ER24 spokesperson Russel Meiring said.

“Unfortunately, before the patient could be airlifted (to hospital), he succumbed to his injuries on the scene.”

“It is a sad day for us… as we lost one of our own, a hard-working individual who dedicated his entire life-serving the City of Johannesburg and City Power.”

“On behalf of the management and board, we extend our heartfelt condolences to the Van Vuuren family, especially the children who were with us on site, and strength to his friends and colleagues, especially at Roodepoort Service Delivery Centre.”

Mashava says she has ordered an internal investigation into the incident to establish the cause of the explosion.

“We will provide the necessary support to the family of our colleague during this time of need,” said Mashava.