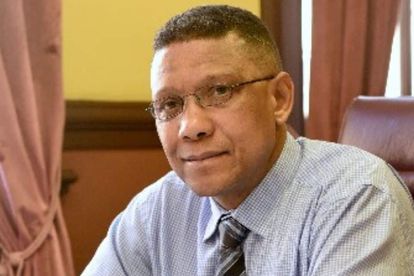 Newly elected mayor for the City of Tshwane, Randall Williams has unveiled his new mayoral committee that will be at the helm of restoring Tshwane to a ‘world class capital city’.

The city of Tshwane has been without a mayor since the resignation of Stevens Mokgalapa. Williams has described his new team as a group of people possessing a diversity of skills. Williams said under his leadership spending unnecessarily will be brought to an end.

“Spending on catering in the City of Tshwane will cease. Free lunches are over. No matter the length of the meeting or the formality of the engagement the city will not be purchasing food,” said Williams.

The city finds itself in a precarious financial position with the new administration tasked with restoring the capitals financial stability.

On Tuesday 3 November 2020 Williams revealed that the municipality is running on a R4.4 billion deficit. He said the administrators that were brought in after the Gauteng provincial government dissolved the council, had eroded a surplus of R284 million left by the Democratic Alliance(DA).

“At the end of the 2018/19 financial year, when the DA was in government, the City had a surplus of R545 million. Between July 2019 and March 2020 (again while the DA administration still led the City before the ANC provincial government dissolved council) there was a surplus of R284 million.” he said.

This means that over the period from April 2020 – June 2020, in just three months, the administrators in Tshwane spent the surplus that they found along with an additional R4.4 billion.

He also revealed that collection rates had gone down with the debtors book having increased to by over R5 billion since the dissolution of council.

•Cllr Sylvester Phokoje will be MMC for Corporate and Shared Services

•Cllr Thabisile Vilakazi will be MMC for Community and Social Development

•Cllr Karen Meyer will be the MMC for Community Safety.

•Cllr Sakkie du Plooy will be the MMC for Health

•Cllr Dikeledi Selowa will be MMC for Roads and Transport.

Williams concluded by saying MMCs must be humble representatives to the residents of the city.