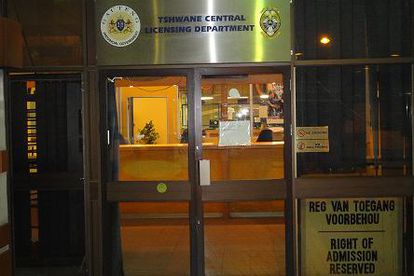 The extended operating hours started on Monday, 5 April 2022 and will continue until 14 April 2022.

The operating hours were extended after the announcement of a further extension of the grace period for driving licences that had expired due to delays caused by Covid-19.

“The extension of the grace period means that all learner’s licence, driving licence cards, temporary driving licences and professional driving permits that expired during the period between 26 March 2020 and 31 March 2022 are deemed valid until 15 April 2022.

“The extension of operating hours by the City of Tshwane aims to reduce the backlog, especially with regard to the expected increase in travel during the Easter period.”

City of Tshwane MMC for Roads and Transport, Dikeledi Selowa

The extended operating hours are applicable to the following centres:

Residents were urged to visit the identified centres after obtaining appointment via the online eNATIS booking system.

Residents were also urged to bring an optometrist certificate to avoid spending a long time waiting for the eye-testing process.

NEW DRIVING LICENCE ON THE ON THE HORIZON

During his briefing on the extension of the grace period, Transport Minister, Fikile Mbalula mention the possibility of a new driver’s licence card.

Mbalula said Government is looking at one card for SASSA, home affairs and driver’s licences.

Mbalula shared that the mission is to go forward and get a new driver’s licence card so no more nightmares will be faced.

“This [the current driver’s licence card] is old, it was introduced in 1998 by Minister Mac Maharaj. We are ten years behind. Once SA moves with the rest of the world for a single usage of one card for everything we will resolve the issue of the old card. Cabinet has given us 2 weeks so they can give the green light for a new card.”

ALSO READ: ‘Crisis is looming’: Will the driving licence renewal deadline be extended?