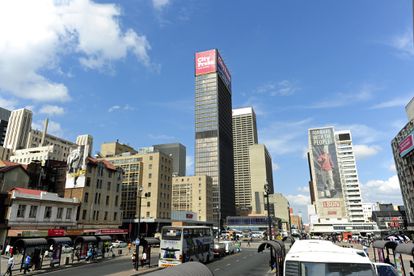 The City of Johannesburg experiences multiple tremors over the course of the year – Photo: Flickr / South African Tourism

The City of Johannesburg experiences multiple tremors over the course of the year – Photo: Flickr / South African Tourism

Residents in the City of Johannesburg Municipality will have to dig deeper into their pockets when paying for utilities as tariffs are set to increase in July.

This was revealed by MMC for Finance, Jullie Suddaby when she presented the City’s budget vote for the 2022/23 financial year this week.

Suddaby said the City’s target is to have a 90% collection rate in the coming financial year and this will go a long way in repairing it.

Suddaby also said they cannot give everyone everything they have asked for. However, they believe that the tariff increases are reasonable and competitive.

“The rates that we have control over are increased within current inflationary targets. Current Consumer Price Index (CPI)is 5%,” she said.

The following increase apply from 1 July 2022:

KEY FOCUS FOR THE NEXT FINANCIAL YEAR

The City of Johannesburg MMC for Finance said aging infrastructure that is well past its intended lifespan has caused massive losses, threats to safety. It is depriving residents from benefiting from enjoyment of community and sports facilities.

For the City Power turnaround strategy the municipality will utilise both capital and operational budget – capital expenditure will amount to R1,2bn funding infrastructure upgrades and refurbishments.

The operational budget for City Power is R20.5bn, of which R1.6bn is earmarked for reduction of power outages.

“This allocation is justified given historically low expenditure on City Power that has led to a breakdown in the City’s power network,” she said.

Suddaby said another major concern is access to clean and reliable drinking water.

According to the MMC, 99.5% of City of Johannesburg residents have access to water. However it is an idle boast when the reliability and quality of supply is  taken into account and also the lengths that some have to go to in order to access water.

“It is for this reason that we have allocated R13.9bn operational budget to Joburg Water.

“We have set high service level standards for the entity. This includes 95% of water pipe bursts repaired within 48hours, 92% of sewer blockages cleared within 24 hours and 95% of water supply interruptions concluded within 12 hours of notification.”

ALSO READ: Johannesburg: One dead in shootout between police and suspects