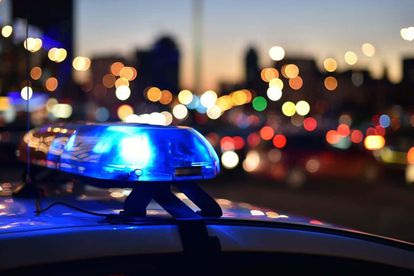 A cash-in-transit (CIT) robbery was foiled by Gauteng police on Wednesday 23 September, with five suspects fatally wounded and two arrested after security guards in Dawn Park, Boksburg, were robbed of an undisclosed amount of money.

An intelligence-driven operation manned by the Sedibeng Tactical Response Team and Ekhurhuleni SWAT Team led to a confrontation at a safe house where a deadly shootout ensued between the perpetrators and responding officers.

A dramatic confrontation between officers and the perpetrators unfolded after they were tracked down to Klipoortjie on Carol Avenue, where they were hiding out. Bullets began flying when police arrived, and five of the suspects were shot dead, and a further two were apprehended and arrested.

South African Police Service (SAPS) spokesperson Lieutenant Colonel Brenda Muridili was on the scene on Wednesday afternoon and said that police had reacted extremely quickly to the incident.

“It is reported that this morning just after 8:30 a CIT robbery was committed at Galahad Road in Dawn Park where an unknown number of suspects robbed security guards of an undisclosed amount of money before fleeing the scene leaving one of their vehicles ablaze,” she confirmed.

“The Sedibeng Tactical Response Team and Ekhurhuleni SWAT Team followed up on intelligence which led them to Klipoortjie on Carol Avenue. On arrival at the identified safe house a shootout ensued between the suspects and the police. Five suspects were fatally wounded while two were arrested.”

“Some of the stolen money was recovered while and four firearms with ammunition and three vehicles suspected to be stolen have also been seized,” she added.

Three vehicles which ha been hijacked in separate incidents in Gautneg this year were discovered at the safe house. The hijackings took place in Springs, Midrand and Boksburg North.

“Four unlicensed firearms and ammunition as well as an undisclosed amount of money were also seized,” said Muridili.

The National Commissioner of the South African Police Service, General Khehla Sitole, appreciated the collaborative efforts which resulted in the disruption of the CIT-related syndicate.

“With the build-up to the festive season, there will be heightened vigilance and prioritisation of cash-in-transit robberies, especially in Gauteng where it is more prevalent,” said Sitole.