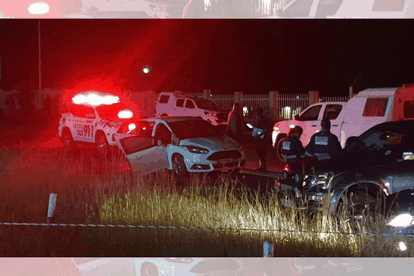 A Fidelity CIT (Cash-In-Transit) vehicle was left in flames in Florida, Johannesburg after robbers reportedly bombed the vehicle on Tuesday evening, 16 February 2021.

According to Yusuf Abramjee, two suspects fled the scene, leaving one guard injured and one vehicle in flames. Watch the footage below.

The incident took place along Albertina Sisulu Road in Florida. Police and law enforcement responded to the scene of the incident. Two suspects fled with an undisclosed amount of money.

An early evening robbery along the Albertina Sisulu Road In Roodepoort. The cash van [was] totally blown away and all the money taken.”.

An earlier version of this story erroneously named G4S as the Cash-In-Transit vehicle targeted in the robbery. This is incorrect, and we apologise for the error. The vehicle, in fact, belongs to Fidelity.

Cash van blown away in a daring robbery along the Albertina Sisulu Road In Roodeport this evening #sabcnews pic.twitter.com/NtQmdEd8Lw