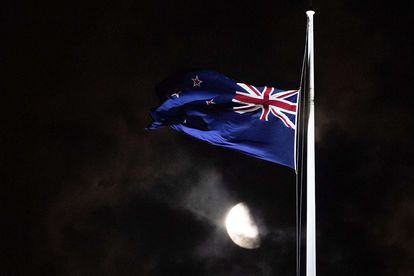 The New Zealand national flag is flown at half-mast on a Parliament building in Wellington. Photo: AFP

The New Zealand national flag is flown at half-mast on a Parliament building in Wellington. Photo: AFP

In the early afternoon of 15 March 2019, Christchurch was rocked by two mosque attacks.

With 49 confirmed dead, and 20 gravely wounded, the New Zealand authorities have warned all local mosques to remain closed until further notice. One suspect has been arrested, with three more in custody, according to the BBC.

Speaking to The Guardian, eyewitness Farid Ahmed was unable to reach the door – as the gunman was targeting those trying to leave:

“There was a bench, I just lay down with my half-body under the bench, and my legs were out – pretending to stop my breath.”

“He changed magazine’s seven times… He went to all the different (mosque) compartments and he shot everyone.”

Ramzan, an eyewitness in one of the side-rooms, recalls the sudden burst of gunfire at the beginning of his sermon. People came running into the room he was in, and the sight of blood on their clothes confirmed his fears.

Checkpoint shared more eyewitness accounts, like that of Mohammed Nazir, who was in one of the mosques at the time. Nazir recalls hearing an initial gunshot around 13:45. Upon hearing a second gunshot Nazir retreated to behind the mosque, where he waited for police to arrive. Unable to determine if police arrived, Nazir climbed the back wall and escaped to safety.

An eyewitness at the Masjid Al Noor Mosque told Checkpoint the shooter remained calm, covered his face, and was wearing a military uniform. The eye-witness went on to say:

“He started to shoot them, anyone who he thinks is still alive he will continue shooting them.

“He didn’t want anyone to stay alive.”

“We were into 10 minutes of our prayers and then we heard gun shots outside, but kept on praying. Next minute, it was inside. He was a light-coloured skin guy and he started firing and we all went for cover.

“A couple of guys from inside probably ran outside and they all came out in blood. When we got up we saw people lying around us [who] were shot. They had blood coming out, some from the neck.”

Police have not confirmed the name of the person arrested and charged with murder. However, it has been reported that he published an extremist manifesto, just hours before going on a murderous rampage.

The gunman also live streamed the incident on Facebook, with the social network claiming it “quickly” removed the footage. The footage, however, continued for 17 minutes.

The horrific footage of his rampage showing him repeatedly shooting at worshipers from close range.

“Police alerted us to a video on Faceook shortly after the livestream commenced and we quickly removed both the shooter’s Facebook and Instragram accounts and the video,” the social network said.

“We’re also removing any praise or support for the crime and the shooter or shooters as soon as we’re aware.”

The Facebook Live video, taken with a camera that appeared to be mounted on the gunman’s body, shows a clean-shaven, Caucasian man with short hair driving to the Masjid al Noor mosque in central Christchurch.

Police have urged people to stop sharing the video further.