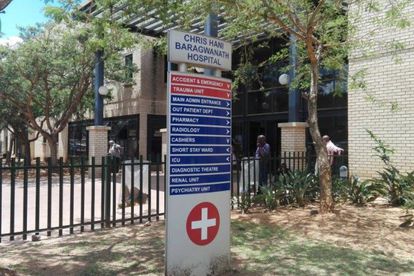 Hundreds of operations have been cancelled at the Chris Hani Baragwanath Hospital due to a shortage of clean laundry for the past three weeks, according to the Democratic Alliance in Gauteng.

According to the party, the shortage appears to be caused by broken machinery at the hospital’s in-house laundry.

The DA said this is yet another instance of poor maintenance causing a disruption in health services.

Furthermore, it also said doctors at Chris Hani Baragwanath are frustrated that surgery has to be cancelled even though there are long waiting lists.

DA Gauteng Health spokesman, Jack Bloom said in the case of hip and knee surgery, many patients have waited years for these operations only to be bitterly disappointed when they are cancelled.

Bloom said theatre patients also freeze in the cold weather because there are no blankets.

“Laundry shortages are common in Gauteng public hospitals because they have to use the five provincial-owned laundries which are notoriously inefficient.

The laundry machines are poorly maintained and often break down. It is terribly disappointing that this hospital has to battle with so many avoidable problems, including food shortages earlier this year.”

In March this year, the Gauteng Health Department disputed claims that the Chris Hani Baragwanath Hospital has run out of food. This was after reports surfaced that doctors and nurses were taking food to starving patients at the hpital after the hospital allegedly failed to pay suppliers.

Around the same period it was also reported that the hospital had a build up of medical waste after a service provider opted to no longer provide its services due to non-payment.

Earlier this year, it was also reported that senior medical doctors at the Chris Hani Baragwanath Hospital were raising funds to assist unpaid medical interns.

ALSO READ: Chris Hani Baragwanath: Over 800 doctors and nurses to be axed