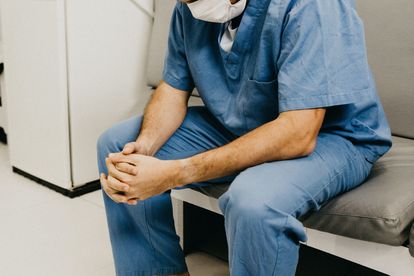 Photo by Jonathan Borba on Unsplash

Photo by Jonathan Borba on Unsplash

Over 800 doctors and nurses at the Chris Hani Baragwanath Hospital in Gauteng will be without jobs at the end of March due to budgetary constraints.

Various categories of health care workers held a picket outside the hospital in Soweto on Thursday, 10 March 2022..

The hospital is reportedly understaffed and has been overwhelmed since the closure of Charlotte Maxeke Hospital in Johannesburg which was temporarily shut down in April 2021 after several parts were ravaged by fire.

One of the staffers, Mampapatla Ramogopa said the imminent termination of contracts did not make sense for a hospital of this size which has had chronic staff shortage.

“With the withdrawal of the 819 workers, we are now going to have another crisis on top of the crisis that has always existed. Should people from head office come to Chris Hani Baragwanath and see for themselves, they will also agree that we have been short circuited.”

Ramogopa said it is a disgrace for a hospital of this nature not to have enough staff, people to clean it and to move patients from one section to the next.

The hospital is seemingly limping from one crisis to another. Medical waste is said to be building up after a service provider suspended its services over non-payment.

Last week, it was also reported that senior medical doctors at the Chris Hani Baragwanath Hospital were raising funds to assist medical interns who had not been paid a single cent for the year so far. .

To make matters worse, on Thursday, the department announced that it will not be renewing all Covid-19 temporary contracts due to budgetary constraints.

Over 8000 job posts were created  for various categories of healthcare workers which included: administrative and support staff, allied, clinical, engineering, and nursing personnel.

The appointed staff rendered services to ensure that the Gauteng province responds effectively to the various stages of managing the pandemic.

Gauteng Health spokesperson, Kwara Kekana said the allocated amount will not be sufficient to cater for the total cost of the re-appointment of all categories of employees on contract for the financial year 2022/2023.