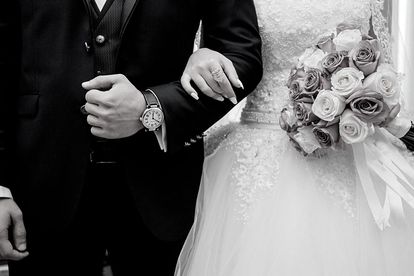 Child marriages are still legal in SA but there seems to be a plan to completely outlaw it. Photo: Stock Image / Pixabay

Child marriages are still legal in SA but there seems to be a plan to completely outlaw it. Photo: Stock Image / Pixabay

The White Paper on Marriages in SA has recommended that child marriages be outlawed in the country.

Child marriages can be approved with consent

As part of the legislative process, a White Paper is a statement of intent as well as a detailed policy plan.

Currently, South Africa’s legislation allows for minors to be married if they receive consent from their parents and this is submitted, in writing, to the marriage officer. In terms of civil marriages, three bridegrooms and 68 brides under the age of 18 were married in 2019.

ECR News reports that the Customary Marriages Act states that minors can get married with the consent of a parent, guardian or a commissioner of child welfare. In specific instances, the consent of the Minister of Home Affairs is required for the marriage to proceed.

reads the Recognition of Customary Marriages Act of 120 of 1998.

A draft bill is still required to outlaw these marriages

While the outlawing of child marriages is in the cards, a draft bill will need to come in before the matter is debated and adopted by Parliament and then approved by Cabinet.

Sorry, ladies…ONE husband only: Govt still says NO to polyandry

In other marriage-related news, it was previously reported that in May 2021, the Department of Home Affairs considered legalising polyandry, which meant that women would be allowed to have more than one husband.

According to East Coast Radio, the White Paper on Marriages in South Africa however concluded on Wednesday 3 August that the law should not be amended to allow polyandry.

In a heated parliamentary debate in 2021, Ganief Hendricks, a member of Al Jama-ah, a political party that supports Muslim interests, strongly opposed the proposed legislation that would allow women to take on multiple husbands. Read the full story here.