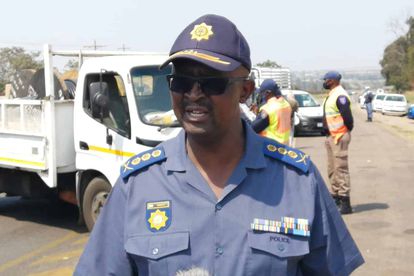 Thank goodness for this intervention. Criminals running an operation from Mozambique and into Gauteng were stopped in their tracks on Thursday after SAPS were able to apprehend suspects in what they believe to be a child labour case.

#sapsGP Gauteng Provincial Commissioner, Lt Gen Mawela and MEC for @GP_CommSafety, Ms Faith Mazibuko addressing the media about successes achieved during op #OKaeMolao and assuring the community of Gauteng that joint forces will continue to ensure that they are and feel safe ME pic.twitter.com/mPCQvYz25b

Operation Okae Molao was in full force earlier today. The initiative, recently launched by SAPS, increases the police presence on Gauteng’s streets and grants officers the power to authorise more ‘stop and search’ investigations. Sure enough, one thorough search of a foreign vehicle discovered two children in transit.

The boys were quizzed on why they were not in school, and where they were heading. It was quickly ascertained that these teenagers were being deployed to undertake physical work in a township near Tshwane. The man transporting the children has been arrested, whereas another person has been arrested for car theft.

“They came from Mozambique, they are 15 years old. I asked them why they aren’t at school and they couldn’t answer, and they say they are going to work. That amounts to child labour. To take a child, undocumented, is irresponsible. These boys are supposed to be in school, so they can study and get good grades to work legally in SA.”