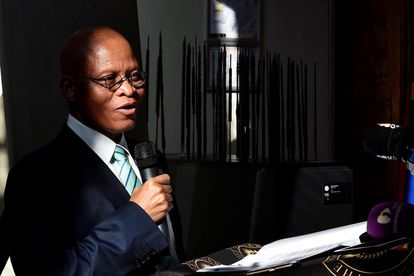 South Africa’s Chief Justice Mogoeng Mogoeng announced his intention to address the widespread allegations of corruption against the judiciary.

“The leadership of the South African judiciary has noted, with great concern, mainstream and social media reports relating to allegations of corruption levelled against the South African Judiciary,” Mncube said.

“The judiciary commits itself to the core values of integrity, impartiality and transparency, as set out in the Judicial Norms and Standards. Chief Justice Mogoeng Mogoeng, and the heads of court will address the media on the scurrilous claims of corruption within the judiciary.”

A list of judges and other leaders in the criminal justice system has been doing the rounds on social media. The social media posts allege they received cash from President Cyril Ramaphosa’s ‘CR17’ campaign fund.

The anonymous list was met with mixed reaction with some calling for an investigation into the judiciary, while some condemned the list, saying it was a dirty campaign by those opposing the fight to end corruption.

In a statement this week, the Law Society of South Africa (LSSA) said the allegations were unnecessary and devoid of any merit.

“The social media posts resort to a new strategy of casting aspersions through peddling fake news against the judiciary and the NPA. A malicious and dangerous strategy is now being used is to identify and discredit some judges, the NPA head and all those who act without fear, favour or prejudice,” said LSSA president Mvuzo Notyesi.

LSSA dismissed the reports as nothing by fake news purporting itself as information from the sealed bank statement of the CR17 campaign are unwarranted attacks which appear to have the sole aim of undermining the judiciary and the NPA and therefore cannot be in the interest of society.

“It is regrettable that there are people who seek to impugn the integrity of the judiciary and the NPA.”