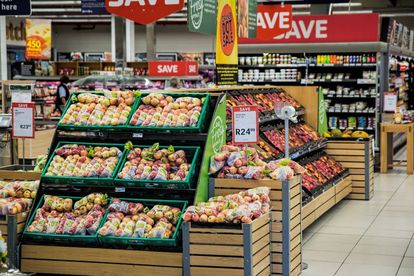 The people who run the Checkers Sixty60 app had locals laughing their socks off with their new category names. The company decided to play into the load-shedding struggles by relabelling its categories.

Eskom does us dirty so Checkers does them dirty!

Thanks to the ongoing struggles all South Africans are unfortunately facing, Eskom has become the butt of many jokes. Be it from Nando’s SA or just pure memes regarding the stages of load shedding.

If there’s one thing Saffas are good at, its turning a terrible situation into a joke. Checkers is no different. The supermarket provided various items in separate categories to help locals fight the struggle of load shedding.

What are the hilarious categories people are talking about?

Just like they did with The Tinder Swindler, Checkers grabbed the opportunity to poke fun at Eskom with both hands, reports Cape Town etc. The marketing team used some next-level tricks to ensure they got people all across the Rainbow Nation talking.

The truly entertaining idea by Checkers is definitely an ingenious marketing tactic. Good on you guys!

In more funny load shedding news a tweep called @DrMomCooks took to social media a while ago to ask South Africans what their favourite loadshedding schedules were after Eskom announced the return of the power cuts.

While some found her tweet awkward, many found the humour in her question and shared their favourite loadshedding times from midnight, 6am, 4pm to 2am.

South Africans were placed in the dark this week after Eskom announced Stage 4 loadshedding at 9 am on 9 March. Read the full story here.